Brokerage acquisitions: What’s really in it for Intact?

Taking on potential disruptors and investing in technology are among the reasons Intact Financial Corp. is on a brokerage acquisition spree.

“Our view is that scaling up distribution is the best way to fight disruption,” Intact CEO Charles Brindamour said during a recent earnings call.

Although Brindamour did not elaborate on the disruption Intact is fighting, there is plenty of talk about the possibility of a technology firm disrupting insurance in sort of the same way Netflix disrupted the DVD rental business and Uber disrupted the taxi industry. 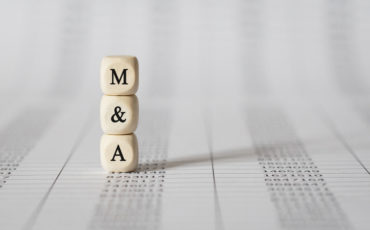 Last year, Intact Canadian operations president Louis Gagnon jokingly said that every morning he wakes up and thinks “it’s the last day we are going to do business.” He made that comment during a Property and Casualty Underwriters’ Club luncheon in the context of a discussion about technology-driven disruption.

During an earnings call Nov. 5, a securities analyst asked Intact executives whether there is sort of an unwritten strategy to increase the return on equity Intact gets through distribution.

“There is not a shift in strategy but there are side benefits,” Brindamour replied. “We have said that we would build a very strong distribution platform. The benefit is that you generate stable earnings growth but the reason we are scaling up our distribution is to make sure that we’ve got scale in distribution, to invest in response and technology, to put our product in front of Canadians in as many ways as possible.”

In addition to distributing insurance directly under the belairdirect brand and through brokers using the Intact brand, Intact Financial also owns BrokerLink, which has brokerages in Ontario, Alberta and Atlantic Canada.

Intact announced this past August it has agreed to acquire managing general agent Frank Cowan Company Limited (in addition to The Guarantee Company of North America) for $1 billion.

Intact reported Nov. 5 a 37% increase in earnings before interest, taxes and amortization from distribution- from $41 million during the three months ending Sept. 30, 2018 to $56 million in the latest quarter.

This increase was “bolstered by rate momentum across regions, as well as broker acquisitions, Intact said.

BrokerLink plans to expand in the provinces it is already in, said Paul Meyer, BrokerLink’s head of acquisitions, in an interview earlier this year.

“We like a stake in the ground in the communities we are in. Sometimes we do multiple acquisitions within the same community and of course at some point we would consolidate those into one but we are absolutely committed to [having a physical presence in] the communities we are in and expanding that footprint into more communities,” Meyer said at the time. He was speaking in the context of BrokerLink’s acquisition of Condotta, Merrett and Company Insurance Brokers Inc.

3 Comments » for Brokerage acquisitions: What’s really in it for Intact?