This Top 5 liability insurer is looking for firms to buy 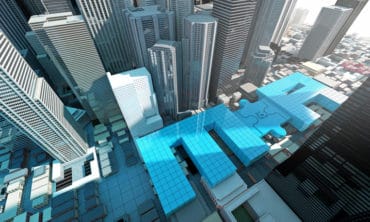 Duppereault did not specifically say AIG is looking to buy any Canadian insurers.

AIG Insurance Company of Canada ranked fourth in the liability insurance market in Canada in 2017 behind Lloyd’s, Intact and Aviva, according to the Canadian Underwriter 2018 Stats Guide. AIG Canada ranked 19th in the Canadian property and casualty market, with only seven non-Canadian insurers ahead of AIG (Aviva, RSA, Travelers, Allstate, Chubb, Zurich and the Lloyd’s market).

Duppereault suggested he is selective about what AIG would acquire. “We have our standards and Validus was a great example of our standards,” he said, referring to the US$5.6-billion acquisition of Validus Holdings Ltd., which closed July 18.

With the acquisition of Bermuda-based Validus, AIG will be re-entering the Lloyd’s market as well as providing reinsurance and crop insurance.

The Validus deal “filled in parts of our portfolio that we didn’t have,” Duppereault said during a recent conference call with analysts discussing AIG’s financial results for the three months ending June 30. “It added great people and capabilities to the company. We continue to look for businesses that do that.”

Duppereault was responding to a question from a securities analyst on whether he is thinking about additional mergers and acquisition opportunities. “We have an international footprint,” he said. “I would like to maximize that better than we have in the past.”

In P&C insurance, Duppereault said he would “like to have some balance in large and small,” meaning the ability to increase market share in small commercial accounts.

Over the past 10 to 15 years, the Canadian P&C market has had an average of one major acquisition of a carrier per year, Georges Pigeon, Montreal-based partner with KPMG’s transaction services group, told Canadian Underwriter recently.