The Co-operators acquires personal and commercial lines brokerage in Quebec

Guelph, Ont.-based The Co-operators has seen steady growth in Quebec over the past several years, and acquiring this book of business will allow the insurer to expand its distribution system in the province. Patrick Decarie, the insurer’s region vice president for Quebec, told Canadian Underwriter in an interview Wednesday The Co-operators has been in Quebec for nine years and this is its 15 provincial office. Most recently, in June 2017, the insurer acquired personal and commercial lines brokerage Assurance Auclair in Quebec City. 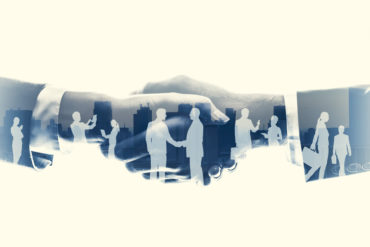 The carrier has decided to keep the Gatineau office, which is new, along with its five employees. The office is also close to where The Co-operators opened its first branch in Quebec, Decarie added.

Considering its location, was the brokerage affected by the Friday, Sept. 21 tornadoes in Gatineau? No, said Decarie, but clients were. “On Saturday, we were calling our clients who we thought were affected by the tornado. We didn’t wait for them to call us because it was hard to reach us.”

Part of The Co-operators’ strategy is to grow organically, but also through acquisition, Decarie said. “I have someone on my team whose main job is to meet brokers and see if there are other opportunities in Quebec.”

The Co-operators is ranked as Canada’s sixth largest P&C company by net premiums written, according to Canadian Underwriter’s 2018 Stats Guide.

Following the most recent acquisition, any existing insurance coverage a client has will remain in effect for the current term of their policies.

More News
Related
This ‘leading practitioner’ in insurance law is now a judge
Companies like Uber, Lyft blurring the lines between U.S. personal and commercial insurance coverage: A.M. Best
Travelers Canada ‘trying to figure out how best to proceed’ with telematics-based auto insurance
What these brokerages bring to the table in Hub merger