The onset of the COVID-19 pandemic made it difficult to raise money from major banks to finance mergers and acquisitions, but well-run brokerages will still be attractive to buyers, suggests an expert in brokerage valuation.

“When COVID hit, the banks retreated [from financing corporate deals], and one would expect they would,” said Steven Frye, a Toronto-based partner with Baker Tilly WM LLP. “They were very worried and have very significant reporting responsibility to the regulator as to the state of their capital.”

The World Health Organization declared COVID-19 to be global pandemic this past March. And in the beginning, it looked like the virus might have an impact on M&A financing.

“It was distracting for (the banks), and I can tell you, playing in the M&A market, it was next to impossible to get financing in place from a Schedule A bank; and that was not surprising in retrospect,” Frye said in an interview with Canadian Underwriter about trends in property and casualty mergers and acquisitions.

Frye was a partner with CW Partners (known in part for its Crystal Ball event) before CW merged in 2018 with Wolrige Mahon and Collins Barrow to form Baker Tilly. 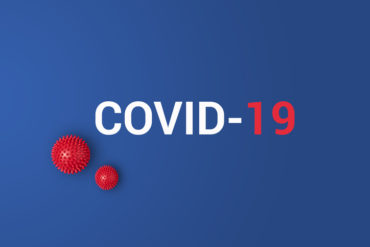 Early in the COVID pandemic, some observers initially took the attitude that brokerage owners selling the business could not get as high of a price as they could before the pandemic, Frye suggested.

Ontario brokers heard similar comments in October. Colin Clahane, national director and insurance head of Canadian commercial banking at BMO, was a keynote speaker during the Insurance Brokers Association of Ontario’s virtual annual convention. He told IBAO members there is widespread speculation on the street that the pandemic will lead to a devaluation of assets, particularly downward pressure in pricing multiples for brokerage acquisitions.

“I have been a minority. I have been bullish on pricing,” Clahane said at the time.

“Believe it or not, we are starting to gravitate more towards (multiples of) 4.25 and up to 4.75. And I have even seen some of those five-times-commission-revenue deals sometimes cross my desk for the past couple of months despite the pandemic impact,” Clahane said during the IBAO keynote.

A number of private equity firms are financing M&A deals in the insurance industry, Frye said in a recent interview. “They have continued to be very active and are trying to make acquisitions,” he said. “In the private equity marketplace, there was this notion, or belief, or line of thinking that because of COVID, brokerages would start dropping in value as people would get concerned about the business’s ability to retain customers.”

More News
Related
Hub International acquires Integro (Canada) Ltd.
How this top-tier Canadian brokerage plans to double its revenue in 5 years
How much buyers are willing to pay for online books of business
The latest acquisitions in the Canadian brokerage space