A $166-million deal aimed at getting CAA Insurance some new non-standard auto customers is a done deal.

“We will expand and deepen our relationships with brokers across Canada to continually enhance insurance products and services to protect Canadians from coast-to-coast,” Jay Woo, CEO of CAA Club Group, said Thursday in a release. 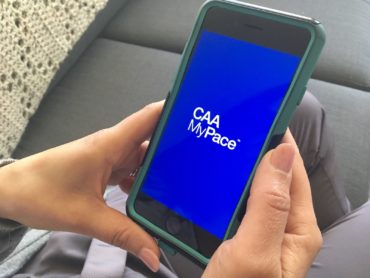 Both the Office of the Superintendent of Financial Institutions and the federal Competition Bureau have approved the transaction, a CAA Club Group spokesperson told Canadian Underwriter Friday.

As a result, a subsidiary of CAA Club Group is buying Echelon Insurance, as well as Echelon’s unregulated warranty business, from Echelon Financial (which is based in Mississauga, Ontario). The total original value of the deal was $175 million. Net proceeds from the deal are expected to be $166 million, Echelon said Thursday. Echelon Financial is traded on the Toronto Stock Exchange.

Echelon Financial continues to exist as a separate firm, minus its Echelon Insurance subsidiary. Echelon will continue to own the majority of Insurance Corporation of Prince Edward Island, which writes P&C insurance in eastern Canada and is not being acquired by CAA Club Group. Echelon Financial bought 75% of ICPEI from Saskatchewan Government Insurance in 2014.

“We look forward to inviting Echelon’s insurance brokers into one of Canada’s most trusted brands and supporting them with industry-leading IT systems, innovation and infrastructure,” Woo told Canadian Underwriter this past November. That was when the companies initially announced the agreement. “CAA will continue to give brokers the transparency and fairness they have come to expect from us and need to grow their business.”

Lavoie was appointed CEO of Echelon in 2016. He had been CEO of Jevco Insurance Company before Jevco was acquired by Intact Financial.

CAA Insurance writes home and auto coverage both direct and through brokers.

Non-standard auto is the largest part of Echelon’s business. In 2018, Echelon had $236 million in direct premiums written in non-standard auto alone. Another $150 million came from commercial, including surety and trucking. Company-wide, Echelon Financial reported $94.1 million in net written premiums during the first quarter of 2019.

Echelon has made several major strategic changes over the past seven years. The company used to write non-standard auto in Europe through Denmark-based Qudos Insurance A/S, but sold that firm in 2017. Most of that business was written in Britain, Ireland and Scandinavia.