How smaller brokerages can survive in a mega-merger environment

As mergers and acquisitions ramp up in the Canadian P&C space, smaller brokerages will need to go for scale or niche to survive, brokers say. 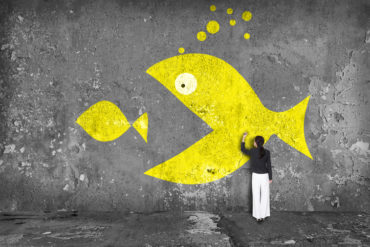 “As of late, with Wawanesa buying Western Financial, NFP buying a half-dozen really big brokers, Intact buying MGA Frank Cowan, etc., it’s non-stop mergers and acquisitions,” Adam Mitchell, president of Ontario brokerage Mitchell & Whale Insurance Brokers, said Friday. “And I think everybody is running for scale and relevance, as everybody has to keep investing to keep up. This [mega amalgamation] trend isn’t slowing down. It’s just going to keep going that way for the foreseeable future.”

A mega-merger environment will make it harder and harder for small brokerages to stay competitive and relevant because it’ll be hard to be able to invest enough in things like people and tools or technology, Mitchell says. “You’re going to struggle. You’re going to have to go for scale or niche.”

Going for scale is one way to generate the resources required to compete with the bigger fish.  “People have been saying this for a while and it’s still true today: there are going to be fewer players left at this poker table and the stacks they’re going to have will be bigger and bigger,” Mitchell said. “They’re going to be able to hire bigger, invest [more] in tech, and spend on marketing.”

Technology is driving a trend towards mega-amalgamation in the Canadian P&C brokerage space, MacCaull said earlier this week. “Smaller brokerages just don’t have the cash flow to really understand and participate in the evolution of databases and communication systems.”

Another driver is that insurers are looking to streamline their distribution. “It’s easier for insurers to deal with a smaller number of larger partners, MacCaull said. “This has been going on for decades, but is increasingly accelerated by the cost of technology.”

In a poll for Canadian Underwriter‘s upcoming September issue, ninety-five brokers were given a list of 23 major challenges facing the broker channel and asked to select three of the most important challenges from that list. In their open-ended answers, brokers expressed concern about a continuing trend toward mega-amalgamations and “mega brokerages” controlling the market. Could there be any benefit in mega-brokerages dominating the space?

“Whether or not it’s a benefit, the reality is that larger brokerages can respond to present-day consumer demands more effectively,” MacCaull said. “They can afford to invest in the necessary technology and talent to provide and maintain systems for things like self-service or online quoting.”

Mitchell said that, for consumers, one possible benefit of a mega-brokerage is that the amount of investment and scale should lead to efficiencies and raise the bar in terms of what customers can expect from their broker. “‘We can’t compete on price, so what else have you got?’” he asked. “Quicker quotes? Electronic everything? Self-serve options? Perks? As scale makes it reasonable and affordable to do so, brokers will have to offer this stuff to keep up, and customers will get a better overall experience.”