Intact completes acquisition of The Guarantee

The takeover by Intact Financial Corp. of The Guarantee Company of North America is now complete, Toronto-based Intact announced Monday.

“We can now welcome The Guarantee and Frank Cowan employees into the Intact family,” Intact CEO Charles Brindamour said in a release announcing the deal has received all regulatory approvals.

Frank Cowan Company Limited is a managing general agent that is also part of the $1 billion acquisition from Cambridge, Ont.-based Princeton Holdings. 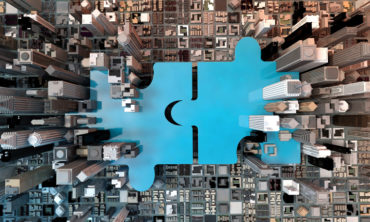 Retail brokerage Cowan Insurance Group is not part of the deal and will continue to be owned by Princeton Holdings.

With the acquisition of The Guarantee, Intact will “cement a top six position in the attractive surety segment in North America,” Brindamour said last month in an earnings call.

“With Frank Cowan Company, we acquire an MGA platform to manufacture and distribute specialty insurance products in Canada which comes with a stable stream of distribution earnings. Frank Cowan also expands our presence into the public entity space in Canada,” Brindamour said Nov. 6 during a conference call in which Intact senior managers discussed financial results for the three months ending Sept. 30.

The deal was initially announced this past August.

During Intact’s Q3 earnings call, Brindamour said Intact plans to build a unit that will be entirely focussed on the high-net-worth homeowner’s segment, with a dedicated appraisal process and dedicated claims support.

Intact – which was not traditionally in that space –  defined high net worth as one in which it would cost more than $3 million to rebuild the home.

The Guarantee acquisition comes two years after Intact bought commercial specialty insurer OneBeacon Insurance Group Ltd., which is based on the outskirts of Minneapolis, for US$1.7 billion. In 2017, OneBeacon was publicly traded with White Mountains Insurance Group Ltd. owning the majority of shares.

ING Insurance Company of Canada was renamed Intact in 2009 when ING Group sold its interest in its Canadian subsidiary.

Intact acquired the Canadian operations of AXA in 2011 and Jevco in 2012. In 2016, Intact bought the shares of P&C insurer InnovAssur assurances that it did not already own from National Bank of Canada.