Intact Financial Corp. is not ruling out the possibility of buying a commercial brokerage or managing general agent in the United States.

“We are doing a lot of work to understand the opportunities in distribution in the U.S. and will be open to deploy capital,” Intact CEO Charles Brindamour said Tuesday during a conference call with stock and bond analysts working for investment banks. 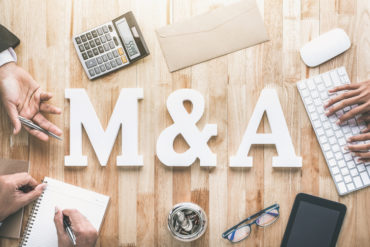 Brindamour was asked whether Intact officials are thinking of acquiring companies that distribute insurance in the United States.

Intact, which bought AXA’s Canadian operations in 2011 Jevco in 2012, leads the Canadian property and casualty insurance market with 17% market share in 2017. Intact agreed in May 2017 to acquire Plymouth, Minn.-based OneBeacon, a commercial insurance carrier that was publicly traded and majority-owned by Bermuda-based White Mountains Insurance Group Ltd. Intact closed the deal in September 2017.

“The opportunities to expand our footprint, fortify our position and build scale in those 14 lines of business could very well, in my mind, go through distribution acquisitions, which is different from our distribution strategy in Canada. [The Canadian distribution strategy] consists of building a massive largely personal lines distribution operation,” Brindamour said, alluding to BrokerLink, which has announced three acquisitions so far in 2019.

“In distribution in the U.S., if you slice it, it is a different ecosystem in specialty lines than it is in the context of Canada. You have what they call independent agents, you have [managing general agents] who are specialized in certain segments, you have [managing general underwriters] who are involved to an even greater degree. Some of these players retain a greater portion of the underwriting risk.”

Brindamour was asked Tuesday how much competition Intact faces from other potential buyers when it enters negotiations to buy brokerages.

“There is competition for these brokers for sure,” he replied. “I think it varies across the land. It varies on the business they are in, it varies based on the margins they are operating at. Many of these transactions are relationship-driven and we are not big on auctions in general.”