Intact’s other deal: ‘You can bet that other insurers are paying close attention’ 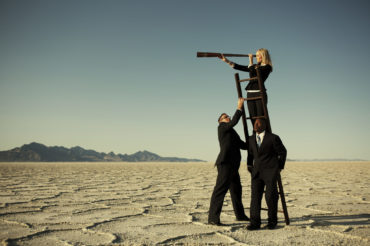 Intact Financial Corp. agreeing to buy On Side Restoration will likely lead to similar deals going forward and while risks exist, one adjuster believes it will probably bring more good than bad to the insurance industry – with a lot more change.

“In this particular case, you can bet that other insurers are paying close attention and they’re going to be deciding on whether or not to follow suit,” said Dennis Schembri, vice president of Ontario operations with Kernaghan Adjusters, about the deal announced on Aug. 6.

“It makes sense that when insurers reach a particular size … the next thing is profitability, and I think this is one of the steps that goes towards controlling their costs.”

Concern over recent years has been contractors playing the role of independent adjuster, Schembri told Canadian Underwriter. He recalled an instance where a contractor asked him for a proof of loss form, meaning they were adjusting claims.

“I think the fear of other independent adjusting firms out there in regards to this particular purchase is that it may eliminate the need of an independent adjuster to go out and assess on their behalf because this particular contractor will be the eyes and ears of the insurance company,” Schembri said. “But there’s integrity and I think Intact’s aware of that and I don’t think that they’re going to be using this contractor as an adjusting firm. But time will tell on how this progresses.”

Sarah Hirst, president of the Canadian Independent Adjusters’ Association, downplayed this concern to Canadian Underwriter. “The opportunity remains for adjusters to confirm causation, interpret and explain coverage, help their customers with a straightforward claims process while operating under confines of our licenses. On Side’s role remains similar with estimating damages and moving on to repairs, albeit maybe more quickly now.”

Still, a major insurer buying a restoration company is new territory, Schembri said, and we better get used to these types of deals. “As time goes on and if this is successful for them then may even be buying engineering firms and other vendors that they normally do business with and control their costs even more.”

The big continue to get bigger, a situation Schembri is familiar with. He ran his own adjusting firm, Vanler, which was bought by a bigger player, which was sold and then sold again. Moving different companies under one roof makes things easier for a company like Intact.

Venturing into the supply chain isn’t new at all, Hirst noted. “Insurers are entering the repair portion of the claims supply chain on both property and auto repairs. We have seen this over the last five years. The objective of moving quickly through repairs is important given what we know about how reduced cycle time increases net promoter score.”

So is the industry better served?

“Potentially. It’s still new so we have to see how this develops and how it’s going to work in the long term,” Schembri said. “Could I see positives? Absolutely. I think the negatives that I see are minor and are things that can be overcome.”

4 Comments » for Intact’s other deal: ‘You can bet that other insurers are paying close attention’