If a US$6.4-billion deal announced Tuesday is approved, commercial brokerages Marsh and Jardine Lloyd Thompson will be owned by the same company.

New York City-based Marsh & McLennan Companies Inc. says its board of directors has agreed to an acquisition of Jardine Lloyd Thompson Group Plc of London, England.

JLT’s board is also agreeing but the deal is subject to approval by JLT shareholders.

The deal has an “enterprise value” of $6.4 billion. 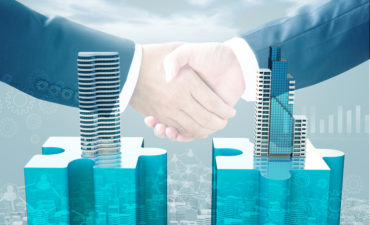 JLT was formed in 1997 when Jardine Insurance Brokers merged with Lloyd Thompson.

In Canada, JLT has several offices including Toronto, Vancouver, Victoria, Calgary and Ottawa.

If the acquisition by Marsh & McLennan is approved, “holders of JLT’s common shares will receive cash consideration of £19.15 pounds per share,” Marsh & McLennan said. “Total cash consideration equates to $5.6 billion U.S. dollars in fully diluted equity value, or an estimated enterprise value of $6.4 billion. The transaction will be funded by a combination of cash on hand and proceeds from debt financing.”

“I am confident that with the addition of the talented colleagues of JLT, Marsh & McLennan will be an even stronger and more dynamic company,” Dan Glaser, president and Chief Executive Officer of Marsh & McLennan, stated in a release.