Mike Berris, partner and practice group leader with Vancouver-based Smythe Advisory said he is seeing transactions of five to six times revenue for so-called online books. In one instance, he even heard anecdotally a buyer paid six to eight times revenue for an online distribution model. 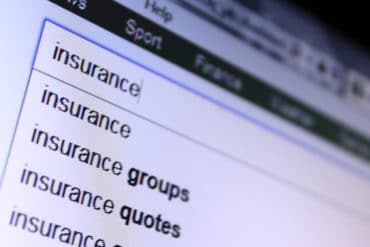 “I think a lot of it is the potential of online,” Berris said. “I’ve seen really high prices there.”

Berris spoke to Canadian Underwriter for an update on a blog he wrote several months ago regarding the latest trends in P&C brokerage valuations. One trend in market dynamics he noticed was buyers are pricing in potential future market disruption, such as online distribution.

Berris said he has clients that are “really doing well” with what he calls micro online distribution. For example, one client has a specialized meeting room liability package. Clients are making a lot of money on these policies, which involve very little labour. “There’s almost no handling in it, so they’re making 3-, 4-, 500,000 [dollars] for very little effort. That’s the Holy Grail that everyone’s looking for.”

These specialized online products are used in the music business and film industry, for example. It costs the companies next to nothing to produce these offerings, but they can charge hundreds of dollars for the package. “They’re trying to move that upstream to homeowners’ and small commercial packages,” Berris said. “It’ll just be crazy if they could do it.”

Berris said over the past year-and-a-half or so, he has seen significant price increases – sometimes 3.3-3.4 times revenue for a mixed book or four times revenue for other books. At earnings before interest, taxes, depreciation and amortization (EBITDA), a 4X multiple translates into a return on investment of less than 7%. “As the industry consolidation continues, the available supply of good books of business has fallen, leading to greater competition between buyers and increased prices,” he said in the blog.

Three other trends Berris is seeing: