The Insurance Brokers Association of Canada (IBAC) is hoping to be able to present a new, revised Canadian Accredited Insurance Broker (CAIB) program to the broker community by this fall. 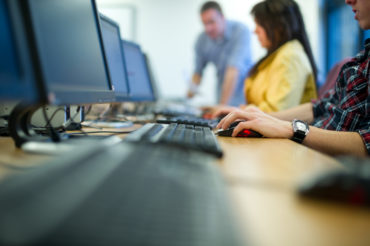 CAIB is a national designation program designed specifically for brokers. It consists of four modules:

IBAC is currently reviewing a draft version of revisions to CAIB 1 and CAIB 4, and will then look at the commercial insurance modules, Parker reported in late December.

When CAIB first started, IBAC developed what they called a brokers’ skill profile at the request of the Canadian Insurance Services Regulatory Organizations. “It’s been used as kind of a rough guide in terms of our content review, revision and development,” Parker said. “But we thought it didn’t quite as far [as needed], because it was just skills. We knew there was a whole other dimension – a dimension that is now known quite commonly in many industries as competencies.”

Competencies reference key job-related paths or responsibilities that brokers are expected to carry out at a certain level, and describe behavioural aspects of how to carry out skills. “So that’s when we thought, before we take a deep dive into CAIB, we’ll take a look at the skills profile and upgrade it and make it more robust by creating a competency profile for insurance brokers.”

IBAC assembled a committee of member association representatives – brokers as well as education staff – and put together a competency profile over a six- to eight-month period. The proprietary document identifies the 10 broad competency areas. A gap analysis determined which content should stay, but may be revised or updated, what is there that probably could go and “more importantly,” what’s not there that should be, Parker said.

The new revised CAIB 1-3 will include aspects such as the sharing economy and environmental needs, will CAIB 4 will address things like digital marketing, ecommerce and cyber security. CAIB could also potentially go to five volumes.

The program is also being enhanced in terms of presentation, as well as beefing up student resources and study guides. “We’ll be including more case studies and including practice exams for them as well.

“One of the things we really want to do is take a look at a plain language approach,” Parker said, “so we make sure we are presenting all of our course content in a way that is understandable but still maintains the meaning and intention. Another area we need to move forward on is digital learning, so once we finish the revision of CAIB, we are going to be looking to create an online version of CAIB as well.”