Is your client covered from business interruption arising from terrorism?

What if a terrorist attack interrupts your client’s business, but causes no actual injuries or damage to that client?

Some insurers today are covering non-damage costs and loss of attraction. This could come into play if there is a terrorist attack and your client loses business because police cordon off several square miles, Paddy McConvey, Toronto-based assistant vice president of Marsh Canada, said in a recent interview.

Marsh released its 2019 Terrorism Risk Insurance Report in May, in which it canvased the options for non-damage business losses arising from a terrorist attack. 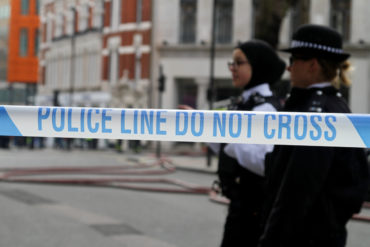 “In the wake of the 2017 London Bridge attack, extensive police cordons remained for 10 days, generating widespread business interruption losses. Since there was limited physical damage, many insureds were left without cover,” Marsh said in the report.

Commercial property and commercial general liability tend to have exclusions for war, terrorism and politically-motivated attacks.

But some carriers offer standalone policies that cover premediated malicious physical attacks by active assailants. These can cover property damage, business interruption, legal liability and loss of business and denial of access.

Sometimes a client’s losses will not be from physical damage, injury or death.

During the summer of 2018, a person called in a bomb threat in Stratford, Ont. and two theatres were evacuated. Police searched the area and it was not clear whether any explosive devices were found.

Loss of attraction coverage kicks in if there is a reduction in foot traffic coming into your client’s business because people were aware of a terrorist attack and this causes a measurable drop in revenue, said McConvey.

Depending on the policy, a loss of attraction can apply more than 25 miles from where an attack occurred, said Tarique Nageer, Marsh LLC’s terrorism placement advisory leader, in an interview with Canadian Underwriter.

“You could have an incident that occurs in Vancouver and eventually it could affect air traffic in someone in Toronto or Montreal could potentially have a claim, depending on how the policy is structured, based on that event occurring all the way across the country,” said Nageer, who is based in New York City.

There will be new terror threats in the coming years, Marsh said in its report. The Islamic State has suffered a “near-total collapse” but this will likely bring new threats both in the Middle East and in Western states, Marsh said.

“While religious extremism is expected to remain the dominant terrorism threat globally, the threat from the extreme right-wing (ERW) is deepening in Western states. Boosted by the success of far-right political parties, there has been a growing trend of attacks by lone perpetrators inspired by far-right ideology,” Marsh added. “Terrorism risks in Canada have been greatly reduced over the last five years, though the threat from Islamist extremists and the ERW still present a danger.”

Two years ago, Alexandre Bissonnette opened fire in a mosque in Quebec City, killing six. He is now serving a life sentence in jail with no chance of parole for 40 years.

In 2016, Aaron Driver died after being shot by police in a taxi in Strathroy, Ont. Driver, who had a homemade bomb,  had expressed support for the Islamic State, also known as Dawla al-Islamiya fi al-Iraq wa as-Sham  (DAESH).