HALIFAX – A second offshore support vessel has arrived off Canada’s east coast to help fight a fire that has been burning for days aboard a large container vessel bound for Halifax.

“Several containers are still burning,” Tim Seifert, a spokesman for the international shipping company Hapag-Lloyd, said in an email Monday from Hamburg, Germany.

“The focus is on containing the fire.” 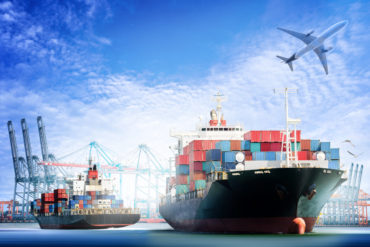 Seifert confirmed that the 95-metre Maersk Mobiliser, based in Newfoundland, on Monday reached the 320-metre Yantian Express, which first reported a container fire on Thursday.

The container ship is about 1,500 kilometres east of Halifax.

Seifert said the Maersk Mobiliser had joined the 71-metre Smit Nicobar, an offshore support ship from Belgium that arrived on Friday night.

The Smit Nicobar is equipped with fixed fire monitors _ a type of water cannon that can pump large volumes of water to extinguish fires.

All 23 crew members from the Yantian Express have been moved onto the Smit Nicobar.

There were no reports of injuries, and the extent of damage to the larger vessel remains unclear.

A spokesman for the U.S. Coast Guard said the plan is to have the Maersk Mobiliser tow the container ship to Halifax.

Seifert said it was unclear when the ships would reach the port city.

He declined to say what the Yantian Express is carrying or what may have caused the fire.

The Yantian Express was travelling from Colombo, Sri Lanka, to Halifax on Thursday when a fire started inside a container on the ship’s forward deck, then spread to other containers.

The U.S. Coast Guard in Boston forwarded the ship’s call for help to a coast guard base in Portsmouth, Va.