LEITCHES CREEK, N.S. – Charges have been laid after a 17-year-old boy was struck and killed while walking home from a Cape Breton grad party, as a police chief denounced the “misinformation” circulating after the crash.

Cape Breton Regional Police said the 21-year-old driver of the vehicle – who they say was “proven not impaired: at the time of the June 10 collision in Leitches Creek, N.S. – is facing a charge of attempting to obstruct justice in connection with the circumstances following the incident. 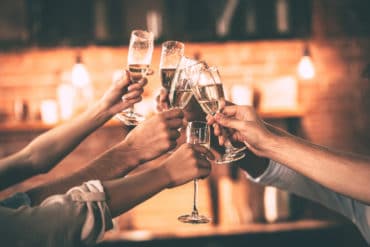 The Leitches Creek homeowners that hosted the grad party have been charged with allowing drunkenness on their property, a Liquor Control Act offence that carries a maximum fine of $2,000 and six months in jail. Kenneth Wilkie, 52, and Donna Wilkie, 49, are to appear in court Sept. 18 on those charges.

The police force said it has concluded its investigation.

In a news release Thursday, Chief Peter McIsaac said the complex investigation was further complicated by a “wealth of misinformation” – based on assumptions, opinions and rumours – that he said circulated in the community and was then reported in the media.

McIsaac said it was hurtful to the people involved in the incident and their families, to the point that their personal safety and well-being were put at risk.

He also said it was “extremely frustrating and disappointing” not to be able to counter misinformation about the incident and criticism of police.

“During an investigation, we simply cannot say anything that might jeopardize or influence that ongoing investigation; and now, with two court processes in the future, I cannot speak specifically to evidence that will be presented there, but I trust that it will fill in the blanks for anyone still left questioning,” he said.

“These charges are the result of our obligation to the facts and evidence presented to us, and our accountability to the law. I hope they also serve as a strong reminder of the risks and liabilities involved in hosting parties where alcohol is knowingly served and that hosts have a duty of care to ensure the safety of their guests and others who could be impacted by them leaving the party – especially when they are supervising those under the legal age for consuming alcohol.”

McIsaac said he requested that Nova Scotia’s Serious Incident Response Team conduct a parallel investigation into the police handling of the case, but the independent police watchdog said it did not meet the requirements of its mandate because there was no alleged officer wrongdoing.

The obituary of Nathan “Joneil” Hanna said he was a “proud father to his baby girl Harper and an amazing role model to his brothers and cousins.”

It said he enjoyed karate, skateboarding, baseball, playing video games and hanging out with his friends and family. He had attended Memorial Composite High School in Sydney Mines.