The moral of the Don Cherry story for risk managers 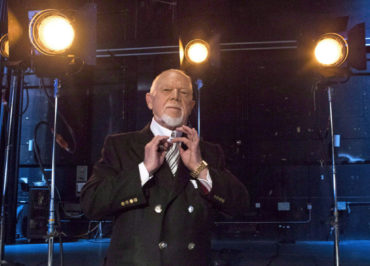 Don Cherry poses for a photo in Toronto on Monday, March 10, 2014.  THE CANADIAN PRESS/Chris Young

Don Cherry crossed a line, and it should have been no surprise to his employer’s risk managers that he made offending comments, says one risk management analyst.

It all points to the need for employers to keep tabs on controversial high-profile media commentators, and to have strategies in place for early intervention in case on-air remarks begin to incense the audience rather than to entertain it, says Andrew Bent, risk director with Sage in Washington, D.C.

Cherry is the renowned former host of Coach’s Corner, a decades-long staple of Saturday night hockey broadcasts on CBC. He was let go by media company Sportsnet after he recently made on-air comments targeting immigrants regarding what Cherry perceived to be a lack of respect shown around Remembrance Day. Sportsnet produces hockey broadcasts both on its own network and the national public broadcaster.

The comments set off a firestorm of reaction from viewers, sponsors and public figures alike. The National Hockey League and Hockey Canada condemned the comments. Long-time co-host Ron McLean apologized the next day for the remarks, as did executives from Sportsnet.

It’s not the first time Cherry has been in hot water over controversial on-air remarks. In 2004, CBC, which produced Coach’s Corner at the time, placed Cherry on a seven-second delay after he made what the broadcaster called “inappropriate and reprehensible personal” comments. His comments then focused on players wearing visors.

But it can be easier to wriggle out of trouble with those kinds of comments related to sporting equipment, because they’re “in the context of sports,” said Bent, who is a former risk advisor with Edmonton Police and Suncor in Calgary.

“In this case, he [Cherry] went completely off topic altogether and launched into subject matter that, frankly, had absolutely nothing to do with hockey,” he explained. “So that’s where Sportsnet obviously decided to act and act fast … That’s where they clearly drew the line.”

Canadian Underwriter sought comment from Bent about whether the incident with Cherry reflected changes in social discourse and how such changes might affect managing risks related to corporate reputation, and D&O or E&O insurance coverage.

The perception of what’s socially acceptable to say has changed, which played a role in the firing of Cherry, Bent said. “As you saw with Sportsnet right away with Don Cherry, they said, ‘Look, this doesn’t represent us at all.’”

Since Cherry, 85, has a history of saying offensive things, risk managers at Sportsnet should have been aware that last Saturday’s incident would be coming. “It’s not like they weren’t aware of the potential for Don Cherry to go off-script,” Bent explained.

But if employing a Don Cherry-type of person who has the propensity to shoot from the hip creates so much risk for reputational damage, why keep him or her around? The flip-side of the risk is elevated ratings, said Bent, who sits on the RIMS Rising Risk Professionals Advisory Group and is the author of the RIMS report, Managing Reputational Risk to Drive Strategic Performance.

“[Cherry’s] an icon for doing exactly that,” he said. “People have tuned in for years to watch Don Cherry lose his mind about whatever he loses his mind about tonight. That’s good for ratings if you’re a broadcaster.”

But along with the opportunity to boost ratings comes risk, as Bent observed. “How do you manage it when he goes too far? There’s nothing inherently wrong with a sports broadcaster having an opinion on sports. That’s what you’re paying for. The challenge comes when he moves beyond commenting on sports.”

A lesson in all of this for risk managers is that they can’t do a risk assessment of company employees and let their reports collect dust in a drawer, Bent said. “There has to be a degree of ongoing monitoring of high-profile individuals so that [employers] are in a position to intervene early and either put some corrective actions in place upfront or, if need be, to cut the connection with those individuals.”