After the deadly Sunrise Propane explosions caused a massive evacuation in north Toronto, the central focus of regulators came as a surprise to some engineers who investigate such disasters.

Pumping propane from one truck to another was identified as a key risk factor after the tragedy, which happened shortly before 4:00 in the morning Aug. 10, 2008.

“As engineers, we were a bit surprised on the initial focus on that,” said Rob Sparling, senior vice president at 30 Forensic Engineering, during the Annual Engineering Insurance Conference held Oct. 3. “If you have a stationary tank, and you are pumping from the truck to the stationary tank, it is exactly the same process” as transferring propane from truck to truck. 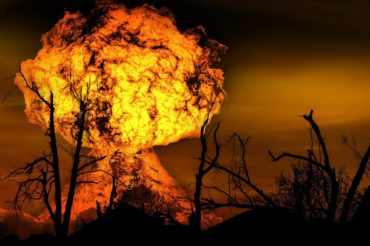 Restrictions on truck-to-truck transfers – imposed by Ontario’s Technical Standards and Safety Authority – were in place at the time of the 2008 explosion at the Sunrise Propane facility, near Toronto’s Downsview airfield.

During the early morning hours, Sunrise workers would transfer product from a large truck to a smaller truck used for make local deliveries in the Toronto area. The large truck would be driven to Sarnia each day to purchase propane and return full to Toronto. After being emptied overnight, the large truck would return the next day to Sarnia.

“Every day they would be moving tens of thousands of litres of propane from one truck to another so that they would have enough on site storage capacity to deal with their demand,” Sparling said at AEIC. “The TSSA warned them several times against this, because this is a bit of a risky process.”

An audience member asked Sparling about the similarities between transferring between trucks and to or from a permanent site.

“I think why the TSSA is really concerned about those transfers is in a permanent site, you have staff that are better trained than the truck drivers. So they have a different focus. A truck driver drives a truck and delivers propane,” said Sparling, 30 Forensic Engineering’s practice lead for materials and product failure, piping and HVAC. “A person who is working in a transfer facility has more safety training and understands that process a little bit better.”

Sunrise has since ceased operations. The firm – as well as individual directors and officers – were convicted in 2013 of multiple provincial offences.

Killed in the 2008 blast was Sunrise worker Parminder Singh Saini. Another victim was Bob Leek, a Toronto Fire Services district chief who died as a result of a heart attack he suffered after responding to the explosions.

About 12,000 nearby residents had to leave their homes in the middle of the night.

In the aftermath, the TSSA mandated regular inspections so someone is overseeing safety at propane facilities, Sparling said at AEIC. TSSA has provided examples of what safety plans should look like.

“It really did change the propane industry,” Sparling said of recently-imposed rules.

Until 2008, there was typically one large incident involving propane every five years in Ontario, said Sparling.

But since the 2008 Sunrise accident, there have not been any major propane explosions in the province, said Sparling.

“It is difficult to imagine a more dangerous workplace than a yard filled with propane where a leak would cause explosions given that there are so many possible sources of ignition available at any given time,” Justice Leslie Chapin wrote in Ontario (Ministry of Labour and Ministry of the Environment) v. Sunrise Propane Energy Group Inc. et al., released in 2013, which convicted the firm and directors and officers of provincial offences.

There was “no evidence” that Sunrise did “any kind of mandatory or optional ongoing training whatsoever,” Justice Chapin wrote.