Why Canada is the model for global risk management 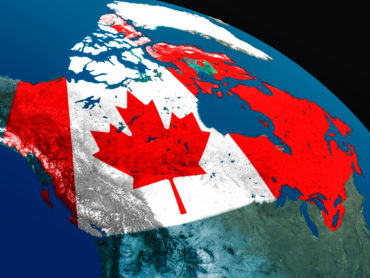 RIMS Canada got a pat on the back recently, as the Risk and Insurance Management Society (RIMS) looks to fortify its ranks around the world, according to the group’s 2020 president.

Laura Langone spoke with Canadian Underwriter in her first interview since moving into the role on Jan. 1. She applauded the Canadian division of RIMS, highlighting that the group is self-sufficient, has high engagement among its members, and sees a high level of certification among risk professionals. It’s a model she hopes can be used in other countries as the organization looks to broaden its footprint.

“We’ve always had great representation on our board from Canada,” she said. “[RIMS Canada] is very much a professional organization. We want to be able to leverage that model, if you will. It really is a model for thinking about what’s happening in other countries. We need to be leveraging those professionals to really help us as we grow internationally.”

She said RIMS members in the U.S. work closely with their Canadian peers as they share aligned views and are tied together on similar challenges. While they support and collaborate with each other as well, “it is a voice unto itself,” Langone said. “It brings a view and perspective that’s unique, diverse, and inclusive. We need to be looking at that [as an international organization] and asking, ‘How does this help and frame what other countries can be doing as risk professionals start to work together to build their own footprint in their countries?'”

For example, certification among Canadian risk professionals is less of an issue than in other areas. Langone, who is also the head of insurance operations at Airbnb, joined the online rental marketplace in April 2019 from PayPal where she led insurance and risk management, wants to take that Canadian model of encouraging certification and obtaining professional designations and apply that elsewhere in the world. “There’s support for certification [in Canada], and that’s where we’re heading on the international front in [places like] India and China.”

One of Langone’s priorities for the year include making RIMS less U.S.-focused and more of the international group that it’s supposed to be. “We really want to make sure we’re supporting all of our members’ needs to the best of our ability,” she said. “We’re making a lot of inroads to global risk management, especially as the role of a risk manager and the profession itself really emerges. Especially in countries like China and India, a lot of their regulations are putting the role of risk managers in the forefront, even more so than in the U.S.”

It’s critical for the growth of RIMS as a whole, she added. “We need to be able to serve those professionals so they’re equipped.”