Will heavy precipitation in the U.S. lead to flooding in Manitoba?

WINNIPEG – Heavy precipitation in the United States is adding to concerns about potential flooding this spring in Manitoba.

A report from the Manitoba government says precipitation amounts in the U.S. portions of the Red and Souris rivers since November are tracking as much as 300 per cent of normal levels. 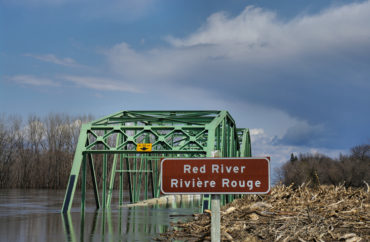 And that rain and snow has fallen on ground that was already very wet at freeze-up.

On the positive side, precipitation in most areas of Manitoba and Saskatchewan since November has been below normal.

The government says it’s still too early to say what kind of flooding Manitoba may experience in the spring because much will depend on the weather in March and April.

The annual flood potential depends on a number of factors including how quickly the snow melts in spring and whether there is heavy precipitation at the same time.

This report by The Canadian Press was first published Feb. 4, 2020.