Electronic data can be a powerful tool and is not expensive to store, but it’s only useful if you have a strategy behind it, speakers said during this week’s Insurance Analytics Canada Summit.

“If you don’t have a data strategy, that’s usually a pretty huge red flag,” said Steve Holder, national strategy executive, analytic ecosystems, for the Canadian subsidiary of software vendor SAS Institute Inc. “Data that is not leveraged or analyzed or used is just data hoarding.”

Analyzing data can give companies insights on their customers, Cindy Forbes, executive vice president and  chief analytics officer for Manulife Financial Corp., said during the summit. 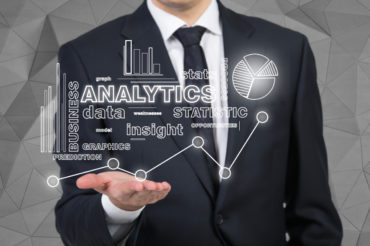 “Capture all data. That would be my data strategy.”

Forbes and Holden were co-panelists during a session titled Realizing the Promise of AI.

Fifteen years ago, what information technology professionals called “data” was “very structured, like tables and columns and so on – anything that you could consume in Excel,” Achraf Louitri, director of research and development at Intact, said Tuesday during the summit.

Today, data also includes images, voice conversations and email, Louitri said during a separate presentation, titled From an Idea to a Working Business Solution. He added it is very inexpensive to capture data.

There is a lot of talk in the insurance industry about artificial intelligence, Louitri said, noting that consumers can find AI models on the Internet that can compose classical music for example.

“AI is no longer that future far far away. It’s a reality here today.”

AI is about “deriving insights from data,” Clement Brunet, research and analytics director for The Co-operators Group Ltd., said during a presentation at the summit.

To explain how AI works, Brunet uses the example of Rollin’ Justin, a robot created by the German Aerospace Centre’s Institute of Robotics and Mechatronics that is designed to catch objects which are thrown at it.

“Before, if you were to build a robot like that, you would have to explicitly program the laws of physics and the calculation so it can expect where the ball will be given its current trajectory and its current place in space,” Brunet said. “Now if you want to train a robot like that, you just have to throw balls at it and it’s going to figure it out by catching and dropping balls.”

AI is when software programs are trained by the data they are exposed to, Brunet noted.