As payment systems continue to modernize globally and locally, one Canadian insurer says it is hoping to explore opportunities related to its payment infrastructure.

While it is not currently using ISO 20022, an international standard that supports electronic payments, Aviva Canada said it is aware of the standard and hoping to explore opportunities in the future. In fact, the carrier said, there are some ISO standards already in place, generally around credit card transactions. 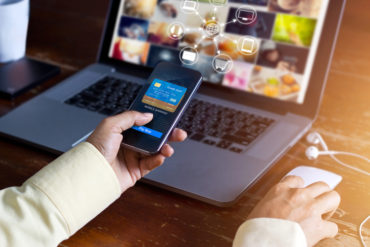 “Aviva is supportive of standards and we’re one of the biggest advocates in the insurance industry for the adoption of data interchange standards,” the company said, citing its use of Centre for Study of Insurance Operation’s (CSIO) XML standards that transport and store policy data between brokers and insurers. Aviva is among other companies working on the Guidewire accelerator project; it is also currently working on publishing APIs (application programming interfaces) – computer programming protocols on how software components should interact.

Last week, Justin Ferrabee, the chief operating officer of Payments Canada, said Canadian insurers should start to plan now how they will implement the standard.

“Your large insurance companies… ought to be thinking about an ISO 20022 environment,” Ferrabee said in an interview with Canadian Underwriter. “How they are going to modify their systems? What vendors do they have, and are those vendors are ISO-enabled? They should start that process because it takes time. They should talk to their bank about when their bank is ready to accept those messages.”

On Feb. 6, Payments Canada reported that ISO 20022 is “becoming the standard for electronic transfer globally.” The standard enables the transfer of rich data with payments (traditionally, data and payments are kept separate). Bringing rich data and payments together has the potential to improve automation and efficiency, reducing many of the pain points in accounts payable and receivable – particularly for insurance organizations, which process large volumes of payments.

As one of the largest users of the payment system in Canada, insurance companies would be well-advised to understand standard financial messages and the payment infrastructure, Ferrabee said.

For insurers, changing payment technology will not be the hard part. “Right now, their business processes are probably the hardest change. You can start preparing for it, using it and, if you want to take advantage of it in the marketplace, you can use it now,” Ferrabee said.