The Co-operators is taking a holistic approach to leadership and business transformation, using strategies such as design thinking and minimum viable product (MVP) concepts, common language around innovation, and technology.

Carol Poulsen, executive vice president and chief information officer at The Co-operators Group Limited, said the insurer has brought in design thinking and MVP concepts in the past two years. She spoke to Canadian Underwriter Wednesday, after she was named one of the winners last month of the 10th annual Global Breakaway Leadership Awards, which recognizes CIOs “who are revolutionizing their organizations’ competitive position in the marketplace through visionary leadership and business transformation.” 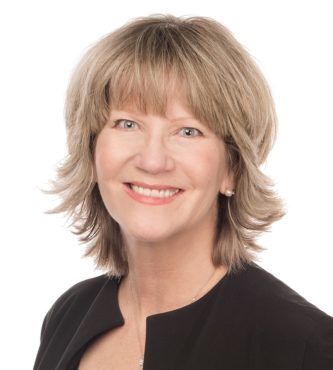 Design thinking involves getting a diverse group of people together for a variety of viewpoints. Then there is a process of proving out a theory, which leads to an MVP. “Design thinking is really about stepping back and re-framing the question you are about to answer,” Poulsen said. “It’s particularly helpful if you are trying to decide on a course of action, whether that’s a client experience or product. It’s quite helpful when it’s a bit fuzzy or innovative where you are trying to go.”

After the design thinking process is complete, the next step is building an MVP. For example, a new type of wheeled mechanism could be a tricycle in the first iteration, a bicycle in the second iteration, and new and different type of wheeled mechanism in the final iteration. “It’s complete in and of itself,” Poulsen said. “It may not have all the features you eventually want to have there, but it is functionable and usable.”

The concept of MVP aligns very well with agile methodologies. The Co-operators has been growing its agile capabilities, and Poulsen estimates that about 65% of the insurer’s projects are currently done in an agile fashion.

The Co-operators employed design thinking and MVP when creating an app called Home To Be, which is based on the experience of buying a home – including legal, mortgage and insurance considerations. Now in its second iteration of MVP, the app answers the question of “‘How do we connect with the customer through their eyes, what they need from us, and not through our eyes, what we think they need from us?’”

With MVPs, there can be feedback after each iteration, allowing the insurer to use the product for experimentation or to offer a new product to a consumer. An MVP is similar to a prototype, but a stripped-down version, and “actually something that a customer could use,” Poulsen explained.

The insurer has also engaged HR to help with a common language around innovation across the organization, driven from the president and CEO.

Lastly, The Co-operators is working on simplifying its technology footprint through things such as the cloud, DevOps (a software engineering culture), extreme programming (a software development methodology with responsiveness to changing customer demands), and using services rather than building them.

On their own, design thinking, MVP, common language and technology are “helpful, but many of those things actually allows you to take a big step forward,” Poulsen said.