The provincial government says the new technology will be installed on cameras at intersections where there are a high number of speed-related crashes. 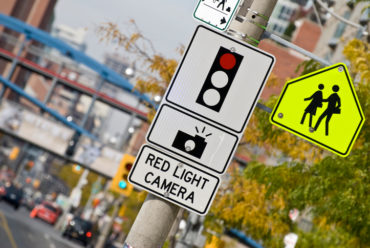 Officials will analyze data from crash-prone intersections to decide which cameras will be upgraded for speed enforcement.

Signs will warn approaching drivers of the enhanced enforcement.

The Ministry of Public Safety and Solicitor General says an average of 84 crashes occur at red light camera sites every year and speed is one of the main factors, with an average of 10,500 vehicles travelling at least 30 kilometres per hour over the posted speed limit through each location.

Four other provinces already use automated speed enforcement cameras, and the ministry says the devices are a common practice internationally.

Mike Farnworth, the minister of public safety and the solicitor general, says the upgraded cameras are aimed at making everyone safer by slowing the fastest drivers at problem intersections.

“There is very little public sympathy for those who flout the law and speed excessively through known, high-crash intersections. The signs will be there to warn you. If you ignore them and put others in danger, you will be ticketed,” Farnworth said Thursday in a news release.

The ministry says the upgrades are more transparent than the provincial photo radar program that ended in 2001, which used unmarked vans in random locations, issued tickets at low speeding thresholds and tied up police resources with two officers staffing each van.

Neil Dubord of the B.C. Association of Chiefs of Police says the new enforcement will be effective at multi-lane intersections where it is difficult to safely stop speeders.

Ministry data shows 700 million vehicles travelled through 140 intersections around B.C. where red light cameras are located and, of those, 120-million vehicles were speeding, and 1.5 million were travelling 30 km-h or more above the limit.