The ‘big area of inefficiency’ for brokers

The holy grail for brokers, of having their computers talk directly to carriers’ computers, is “going to happen,” an InsurTechTO speaker suggested Wednesday.

Loeters was referring to the fact that many brokerage workers have to enter the same information on their clients twice – once into the BMS and a second time into the insurance carrier’s system. 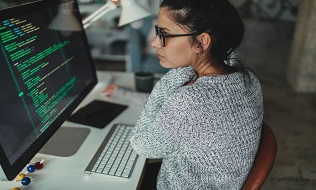 “We can take all the stuff into our system but we cannot send it to an insurance company electronically in a lot of cases,” said Loeters. “I have to take everything that is being put into my system and I have to re-enter it into your portal or whatever. It’s so archaic.”

Several different efforts are underway to address this problem of brokers having to enter data multiple times.

For example, the Insurance Brokers Association of Canada launched Data Exchange (D/X) this past summer. The aim is to have software vendors, carriers and brokers work with each other to build communications software, including application programming interfaces, that would let BMSs talk to the carriers’ computers.

As part of D/X, the Toronto Insurance Council worked on a first notice of loss proof of concept project. In a white paper released Wednesday, TIC said a BMS was able to send data on a claim to the carrier electronically, and that the carrier sent a reply to the BMS confirming the claim had been opened.

Currently, if a broker gets a call from a client reporting a loss, the broker has “a number of different ways,” such as phone, fax or email, to report that to the insurer, former TIC president Brenda Rose said this past August at the D/X launch.

In addition to claims, APIs could be built to enable BMSs to send billing inquiries, or policy changes to carriers without forcing brokerage staff to enter information twice.

The next steps in rolling out D/X include a “data services library” that different companies could use. Instead of making its own API from scratch, the company could use a software application from the library and just do a “small incremental amount of development to make it work” for them, Loeters said this past August at the D/X launch.

Direct communication between the BMS and carrier’s system “is going to happen,” Loeters said Nov. 7 at InsurTechTO.

Loeters made his remarks at a panel titled Implementing InsurTech Best Practices in Broker Distribution. InsurTechTO was held at the Sheraton Centre across the road from Toronto City Hall.

Loeters, who started a dot-com during the late 90s, is currently co-chair of IBAC’s technology committee and a former president of TIC. Before joining Prolink, Loeters was in both the technology and insurance industries, previously working for Chubb, Jones Deslauriers and BFL Canada.

2 Comments » for The ‘big area of inefficiency’ for brokers