Canada’s largest property and casualty insurer plans to be ready for companies from outside the industry who could disrupt the brokerage side of personal lines insurance.

“On the distribution side of things, I think one needs to expect that players with big brands, better know-how and insight of customers and great experience might disrupt distribution,” said Charles Brindamour, CEO of Intact Financial Corp., during the firm’s recent Investor Day.

Brindamour was asked by a securities analyst whether there are any companies – such as tech giants – that are not in the insurance space now but which could become “meaningful players” in personal lines in 10 years. 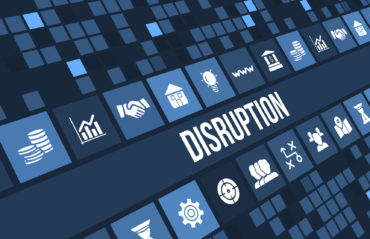 “You can think in both home, auto, potentially in [small and medium business], to an open market platform with a big brand potentially being a disruptor,” Brindamour said Nov. 19 during his firm’s investor day. “You can think of the [auto manufacturers] distribution of automobile insurance change over time as well and that’s why our strategy is built around bulking up distribution, having very strong brands to make sure that in a Canadian’s mind, if Intact is not on the platform, there’s an issue with that platform.”

Intact Financial’s BrokerLink unit made about 100 transactions in the past 10 years, bringing in 1,300 new employees.

“Bulking up distribution, being amongst the best in the world in data, and then being deep in the physical world and creating an edge that’s very difficult to disrupt are the ingredients where we’re saying, ‘Look, bring it on. We’ll pivot. We have optionality. But we have elements in our strategy that are difficult to replicate, even for a big platform,’” Brindamour said during Investor Day.

“I would say we doubt the big platforms will be in the risk business and therefore who they deal with to be credible becomes important and maybe an opportunity,” added Brindamour.

In 2015, the now-defunct Google Compare was letting British vehicle owners shop for insurance and was licensed to do business in 27 states in the U.S.

The question of whether Amazon or Google could disrupt the industry came up about a year ago at KPMG Canada’s 27th annual insurance conference.

“The Googles and Amazons of this world might well like to get a list of all of our customers and distribute something to them. I would be shocked if they decide that they would rather spend their money investing in underwriting. It’s a complex business and it’s changing so quickly,” Colm Holmes, president and CEO of Aviva Canada, said during a session titled How are insurance organizations preparing for the future?

Jan Grude, senior strategic advisor for KPMG in Canada, asked Holmes whether he predicts that what Uber did to the taxi industry will also happen to the insurance industry.

“You would have to be mad to underwrite risk if you are Uber,” Holmes replied during the conference in December, 2018. Holmes suggested a technology firm might try to dabble in underwriting but “will very quickly realize that underwriting risk and distributing insurance are two different things.”

Outside Canada, vehicle manufacturers are starting to get into the game.

Tesla for example started selling insurance for its own cars in California this past August.

For its part, Porsche Financial Services Inc. announced this past June that it will offer Illinois and Oregon motorists insurance through Atlanta-based Mile Auto Inc. Similar in concept, the “Care By Volvo” program lets motorists get their auto insurance from the manufacturer but it is underwritten by Liberty Mutual.