Why your brokerage needs a lead management system

Brokerages going through a major transformation such as a merger should consider a lead management system, recommends the CEO of a brokerage that underwent a merger in 2015.

“Really focus on a lead management system because otherwise you’ll have no idea if your marketing or anything you try is successful or not,” suggested Ed Meiering, CEO of McConville Omni Insurance Brokers in London, Ont. 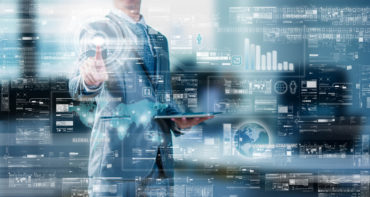 In 2015, May McConville Insurance Brokers merged with Omni Insurance Brokers; Meiering came onboard in 2017. Since then, the personal and commercial lines brokerage has undergone a rebranding. Meiering was asked for his advice for brokerages undergoing a similar transition during a discussion about the merger and rebranding efforts.

Most of 2018 was spent on projects involving systems – not just technology systems, but also people systems and training systems. “Probably one of the smartest investments I made in 2018 was using a broker efficiency consultant,” Meiering said in an interview Tuesday. “I brought them in to look at exactly what our process looks like. They then come back with tons of recommendations, tons of best practices, tons of way of doing things.”

Both brokerages were hungry to learn how an expert would do it, Meiering reported. “Brokerages figure out their own way. They rarely get a glimpse of, ‘Oh, that’s how other people would do it.’ I think that was the most effective and best return projects we did in the entire year.”

Before its merger, both brokerages were on the same broker management system (BMS), but they were used for completely different processes. “To try to get them to talk together, they had to learn each other’s languages even though they both spoke English.” In the end, McConville Omni decided to just adopt the processes of one brokerage.

But the BMS didn’t have a connection to the brokerage’s newly revamped website. So McConville Omni purchased the lead management system to grab website leads, which were then presented to a producer for follow-up.

For this year, McConville Omni completed almost all of its 34 planned projects. The one that remains a work in progress is around data capability. For six months, the brokerage has been building its own data warehouse to store data so it can be properly analyzed.

Down the road, there is the possibility of an omnichannel experience, where customers can start a transaction in one channel and complete it in another. “We have done some rudimentary customer segmentation so far, but the only way you can get good at omnichannel is if you have fabulous data that connects the different ways somebody is trying to do business with you,” Meiering said. “We are working away on that, but we don’t have that.

“Because of the data needs in our industry, to try to use your broker management system data and combine it with other data that gets some business insights, that is not for the faint of heart,” Meiering said. “That is really, really challenging.”

2 Comments » for Why your brokerage needs a lead management system