Insurance Brokers Association of Canada (IBAC) and Canada Safety Council (CSC) have teamed up for a new social media-led campaign timed to coincide with Distracted Driving Week, which runs until Dec. 7.

The campaign focuses on two key distracted driving behaviours: texting and eating. Even if a driver is lucky enough to avoid injury or fatality, they’ll still be subject to fines and potentially demerit points depending on their province, IBAC and CSC said in a joint press release last month. 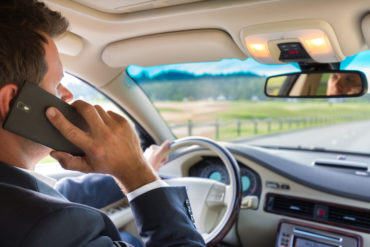 To further compound the financial costs, auto insurance premiums could sharply increase if the driver is found to have been operating a vehicle while distracted.

“Insurance is all about risk, and distracted driving is an extremely risky behavior,” said Peter Braid, chief executive officer of IBAC. “That’s why insurance brokers are partnering with the Canada Safety Council to raise awareness of the danger and encourage drivers to keep their eyes on the road. The stakes are high – death, injury, property damage, fines and rising insurance premiums. Whatever the distraction, it’s not worth the risk.”

The challenge in addressing the issue is cognitive dissonance; where distracted driving is concerned, it’s willingly engaging in behaviours that are known to contribute to the likelihood of collisions. “Studies in provinces across Canada have borne out the same result: a majority of drivers understand that distracted driving is dangerous and illegal; yet, the same respondents report using their devices behind the wheel anyway.”

Gareth Jones, president of CSC, says building a culture of safe driving happens one person and one decision at a time, “so let’s choose well.”

Part of the problem is that distracted driving statistics are understated because distraction isn’t always easy to prove. “In fatal accidents where distraction was a possible factor, there may not be evidence of phone usage or, sadly, a living witness to tell the story,” the press release said. “This has resulted in a significant underreporting of the issue – still, the data currently available reveals staggering numbers.”

According to Transport Canada, distraction was a contributing factor in 21% of fatal collisions and 27% of collisions resulting in serious injury in 2016. Comparatively, those numbers were reported at 16% and 22%, respectively, in 2006.

“Above all else, remember that driving is a potentially deadly task that requires your full attention. You wouldn’t take a call while operating a bulldozer; why do the same with a vehicle capable of going at much higher speeds?”