B.C.’s provincial government will introduce legislation to enable ridesharing in the province by fall of 2019, prompting the industry’s private insurers to say they can provide ridesharing insurance faster and better than the province’s public insurer.

B.C.’s Ministry of Transportation and Infrastructure said in a press release last week that the government expects applications from rideshare companies wanting to enter the market to be submitted to the Passenger Transportation Branch by September 2019. In preparing its new legislation for the fall, the government will work with the the province’s public insurer, the Insurance Corporation of British Columbia (ICBC), to “enable a modern insurance product.” 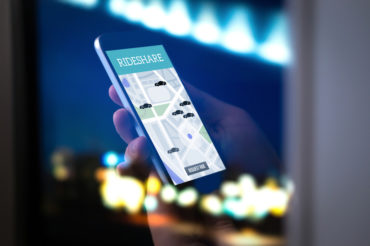 The Insurance Bureau of Canada (IBC), a trade organization representing Canada’s home, auto and business insurers, noted that Metro Vancouver is the largest region in North America without ridesharing services. And it stoked debate about whether private insurers or the public insurer is best-suited to the task.

Citing the release of the Hara Associates’ report Modernizing Taxi Regulation, IBC said “it’s clear that ICBC has been unable to create an auto insurance for ridesharing operators in 2018.” In contrast, private insurers are ready to introduce ridesharing insurance products into British Columbia at any time.

“ICBC’s inability to create innovative auto insurance products in British Columbia is another example of the ICBC not being open to change,” IBC stated in a press release. “ICBC’s monopoly limits choice and hinders innovation in the marketplace that could otherwise improve the affordability of auto insurance in B.C.”

Asked for their response to IBC’s comments, ICBC spokesperson Joanna Linsangan told Canadian Underwriter Monday that “for an organization that’s part of the insurance industry, it’s surprising to hear such ill-informed statements.”

“They’re asking us to put the cart before the horse,” she explained. “The legislation, which is expected to pass this fall, will dictate what type of product we develop for B.C. Once that product is fully developed, changes to our system, policies and procedures will take place, as well as the required [British Columbia’s Utilities Commission] filing and approval.”

Linsangan noted that “while private insurers may sell ridesharing insurance products in other jurisdictions, those [products] would have to be modified to correspond with the upcoming legislation and reflect the insurance model we have here in B.C.”

In anticipation of the ridesharing legislation, B.C.’s Ministry of Transportation and Infrastructure reported it will immediately begin working with the Passenger Transportation Branch to implement a number of changes contained in the Modernizing Taxi Regulation report. This includes a 15% increase in taxis in the province, which translates to about 300 more cabs in the Lower Mainland, and 200 more cabs throughout the rest of the province. The government will also give the taxi industry the flexibility to discount fares when trips are booked through an app.

The ministry noted that several companies have developed ridesourcing apps and have been recruiting drivers to operate their personal vehicles as commercial passenger-directed vehicles in the Lower Mainland. “It is the driver, not the app companies, that are operating illegally and subject to penalties and fines of $1,150. These drivers are also subject to possible further sanctions for not disclosing the commercial use of their vehicles to lease and insurance providers.”

To date, more than 20 cease-and-desist orders have been issued. Thirty-six fines of $1,150 have been given to drivers identified as operating without a licence.