How you deal with the always-connected consumer will determine whether an insurtech will eat your lunch, speakers suggested at KPMG Canada’s annual insurance conference.

“Digital is oxygen these days. If you are not digitizing your products and your service, you are not going to win in the future because that is how consumers want to interact with their insurance company,” said Colm Holmes, president and chief executive officer of Aviva Canada.

Holmes made his comments during the recent KPMG Canada 27th annual insurance conference. He appeared on stage with KPMG Canada senior strategic advisor Jan Grude, who noted some analysts say insurance companies will become technology companies in the future. 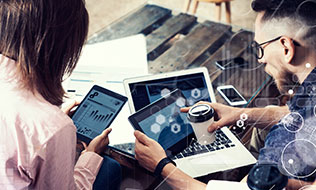 The tendency for people to use smart phones for everything is having an impact on the industry, said Peter Hughes, Canadian digital services leader for KPMG.

“That always connected – socially, behaviourally and technically connected customer and consumer – is having a massive impact. The way in which insurance companies respond is going to dictate whether you compete with the insurtechs or you are sort of taken over,” Hughes said during a plenary session – What transformational trends are at play that affect insurance companies – at the insurance issues conference.

“Consumers no longer want to consume the way they used to,” Holmes said during a Q&A with Grude, titled How are insurance organizations preparing for the future?  “So they want to get things digitally. They do not want to receive – nor should anybody be encouraging them to receive – large amounts of paper via post and the fact that we don’t adopt digital technologies as quickly as everywhere else does is an issue.”

Holmes and Hughes spoke at different sessions Dec. 6 at the conference, held at the Metro Toronto Convention Centre.

During his presentation, Hughes discussed what he calls “exponential-era technologies,” where the pace of adoption of new communications technologies is accelerating.

“Without the right operating model, you will never be able to react to these exponential changes. We just don’t know what’s going to hit. There is no way we are going to be able to build up capacity and capability in things that we don’t know will have an impact.”

Hughes said insurance professionals should try to understand what consumers do both before and after they buy insurance products, whether it’s disability, home or auto.

This means that for many Gen Xers, their disposable income is dropping.

“For Millennials, their asset base is going down, particularly in North America because of the cost of real estate and not buying some of these big assets that we are used to,” Hughes said.