Proposed regulatory changes allowing the sale of property and casualty insurance in Quebec without human intervention might actually benefit consumers and not harm them, a digital brokerage told Canadian Underwriter Wednesday. 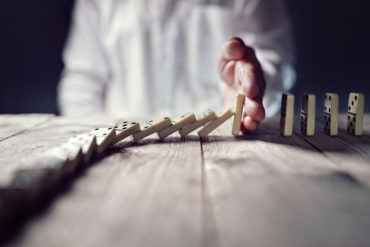 Scott Loong, co-founder and CEO of Montreal-based digital brokerage Covera Technologies Inc., said he believes consumer protection can be maintained without the requirement for a human being to intervene in the online sales process. He doesn’t think the broker’s value proposition, which is to provide expert advice to clients on coverage, necessarily breaks down as a result of proposed regulatory changes in Quebec.

“Consumers know and understand how to purchase things online,” he said in an interview. “They do their banking online, they do their investments online, they purchase laundry detergent online. Any interpretation of [the legislative] changes that necessarily implies that there’s an erosion of their protection, it doesn’t acknowledge that reality.”

Part of a package of regulatory reforms for P&C insurance in Quebec, Bill 141 does not require the intervention of a licensed representative in the online sale of insurance. Instead, the proposed law affirms that a consumer has a right to access a licensed representative at their request. The bill would also disband the Chambre de l’assurance de dommages (ChAD), the provincial brokerage self-regulatory body. Also, Bill 150 addresses the ownership interests of independent agents or brokerages by carriers.

Loong said that when he hears that that changes introduced by Bill 141 might erode consumer protection, it’s important to have a “good, hard look” at the current state of affairs in Quebec. He said he is aware of brokerages that almost entirely sell products with a single carrier. In addition, there have been rapid changes in consumer preferences for buying insurance.

Loong’s position is in stark contrast to that of the provincial brokerage association.

“What we can say conclusively… is that authorizing online sales with the involvement of a certified insurance representative would be risky in terms of consumer protection,” said Patrice Pouliot, first vice president of Quebec’s brokerage association, the Regroupement des cabinets de courtage d’assurance du Québec (RCCAQ). Pouliot spoke to Canadian Underwriter in an interview Monday.

“Insurance is far from being an everyday product, where if consumers buy something hastily online, they have the option of returning it to the manufacturer,” Pouliot said. “In fact, insurance is a complicated business. If consumers buy insurance online without receiving any advice at all, the responsibility will fall on their shoulders. If they file a claim, it will be impossible for them to turn back the clock to adjust their coverage.”

Loong, for one, isn’t buying it. “No doubt there is a level of self-interest in that position,” he said of the broker argument that consumer protection could be eroded. “That probably doesn’t pass the sniff test for everybody.”

Bill 141 is currently in the public finance committee’s detailed review stage, so it is still difficult to assess the impact of online insurance sales on brokers, Pouliot said.