A French robo-broker and an auto insurer backed by Canada’s largest property and casualty carrier are among the insurtechs “driving disruption” in financial services, a report released Tuesday suggests.

KPMG announced Tuesday the fifth annual Fintech100, a report that highlights 100 companies that were selected by a panel of judges from both KPMG and Sydney, Australia-based H2 Ventures. The Fintech 100 includes 12 insurance companies (including life and health), 22 lenders, 14 wealth companies and 34 payment and transaction providers.

Placing 43rd was Metromile Inc., which got an investment in 2015 from Toronto-based Intact Financial Corp. At the time, Intact said Metromile is “redefining the marketplace.” 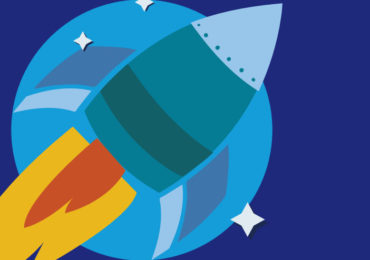 San Francisco-based Metromile uses telematics technology both to charge rates by the mile and to reconstruct accidents. The company writes auto insurance in several U.S. states.

During an earnings call this past July, Intact officials were asked by an investment banking analyst whether Metromile’s business model might be a good fit for Canada. Intact did not answer the question directly but CEO Charles Brindamour said Intact’s usage-based insurance measures “behaviour, first and foremost, whereas Metromile’s is focused on the amount of driving you are doing.”

Metromile had been working on its technology for two years before it was launched in 2012.

Metromile can now reconstruct the scene of the accident to establish what happened, KPMG and H2 Ventures noted in their 2018 Fintech100 report, which ranked the “leading 50” fintech firms worldwide. The remaining firms, which were not ranked, were called the “emerging 50.”

With its Pulse devices, Metromile counts the number of miles a motorist drives and also gathers data for an artificial intelligence application – dubbed AVA – that Metromile says can pay out on claims, schedule repairs and coordinate a rental car when the insured vehicle is in for repair.

The Fintech100 rankings were based on innovation, capital raising activity, size and reach, KPMG and H2 said.

“Transformational technology and changing consumer lifestyles are leading to usage-based, on-demand and peer-to-peer models that are reimagining the way insurance is both offered and consumed,” KPMG and H2 said in the report. “Insurtechs like Lemonade and Metromile are using automation, data analytics, connected devices, and machine learning to build holistic policies for consumers that can be switched on and off on-demand.”

A total of 12 companies in the insurance business – including life and health – made the list.

P&C companies that made the “emerging 50” included +Simple, a French firm that calls itself a robo-broker. +Simple lets commercial clients get a quote within minutes online, typically by answering five to 10 questions.

More News
Related
“Mobile-first” insurtech may be coming to Canada
Insurers must realign business to suit customer needs and expectations for the future, not the past: Majesco
Insurance undergoing “a fundamental structural change”: KPMG speaker
Why this broker takes exception to usage-based auto insurance app