One of the “disruptive promises” of blockchain is the ability to use it for insurance, and Canada’s largest insurer confirmed recently that it is exploring its potential. Thus far, however, blockchain  “is still [a research and development] project” at Intact Insurance, Jean-François Larochelle, director of Intact’s data lab, said during a recent webinar.

Software maker SAP AG describes blockchain as a computerized “record of transactions and who owns what,” which is difficult to hack. It is a database technology that “allows organizations that might not fully trust each other to agree on a single, distributed source of truth,” software company Oracle Corp. says.

While the cryptocurrency Bitcoin may be the most famous blockchain application, blockchain can also be used by insurers for so-called smart contracts – such as flight delay insurance, for example. 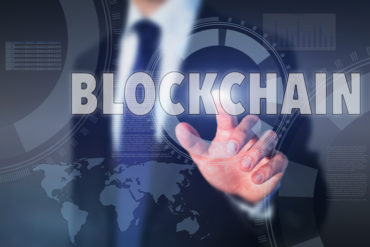 Blockchain can potentially “improve the way data, claims, capital, payments are disclosed, used, automated and managed,” states the Blockchain Insurance Industry Initiative, an organization formed in 2016 by 13 companies, including the Big 4 European reinsurers as well as Allianz, Zurich and XL Catlin, among others.

“We are trying to figure out what use we can have specifically for insurance,” Larochelle said of blockchain during the webinar, Insurance Analytics to Supercharge Performance. “We haven’t cracked this one yet but we still have people working on this one.”

Also presenting on the webinar was Fernando Moreira, senior vice president of global insurance at Scotiabank. He said the potential of using blockchain as proof of insurance is “one of the disruptive promises that we have, but right now no one has been able to crack the code of how to solve that.”

Like Intact, Scotiabank is conducting R&D in blockchain, though “much more on the banking side” than in insurance, Moreira said. “The way I see it, when it comes to insurance, from my knowledge of blockchain, there is a great opportunity to radically improve underwriting and claims processing.”

The technology has some risks when used for cryptocurrencies such as Bitcoin and Ethereum, warned HIVE Blockchain Technologies Ltd., a Vancouver-based firm known until last year as Leeta Gold Corp.

“Governments may take action in the future that prohibit or restrict the right to acquire, own, hold, sell, use or trade digital currencies or exchange digital currencies for fiat currency,” HIVE Blockchain said in its management discussion and analysis of its financial results, released July 18.

Last year, Leeta Gold changed its name to HIVE when it acquired computer data centres used to process blockchain transactions in Iceland and Sweden from Genesis Mining Ltd. This is because it is relatively cheap in Iceland and Sweden to keep large computers cool. Using those data centres, HIVE provides computing power to users of blockchain-based cryptocurrencies. HIVE makes its money by providing “mining,” or services to verify blockchain transactions to produce digital currency, primarily Ethereum.

HIVE is “building a bridge from the blockchain sector to traditional capital markets,” HIVE said in its most recent MD&A. HIVE added the firm “is actively investigating other high efficiency computing applications, such as artificial intelligence and graphic rendering as well as private blockchain computing, which are becoming more widespread as the blockchain technology grows and develops.”