An email chain arising from a dispute between two brothers who acquired a St. Catharines brokerage is protected by solicitor-client privilege, an Ontario judge has ruled. 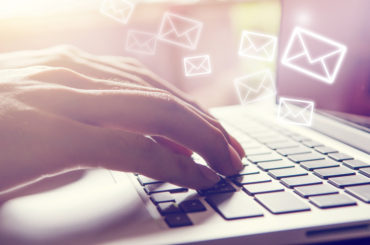 Verge Insurance Brokers Ltd. has had a multitude of legal disputes with Richard Sherk, who retired as secretary/treasurer in 2012 when he turned 65. Court records indicate that Verge, along with its subsidiaries, make up the largest property and casualty brokerage in Niagara Region.

Richard Sherk’s brother is Verge president Mark Sherk, who joined the company in 1982. The brothers had each bought 50 per cent of the firm 1990.

Less than a month after Richard Sherk retired, Verge dismissed broker Daniel Sherk, Richard’s son, from his job at Verge. Later in 2012, Verge Insurance Brokers sued a number of defendants, including Richard and Daniel.

The court has not yet ruled on the main allegations in the case, one of which is that Daniel was soliciting Verge customers for a different brokerage. Daniel disputes that allegation and a trial date has not been set, said George Limberis, the lawyer representing Daniel.

Meanwhile, Daniel’s counter claims, which also have not been proven in court, include an allegation that Verge failed “to deal in good faith in negotiating the sale of Daniel’s books of business to him,” as Ontario Superior Court Justice James Turnbull put it in a 2016 ruling. Turnbull’s ruling focused on costs and not on the substance of the allegations in Daniel’s lawsuit, which Verge is defending and has not yet been decided.

Most recently, in a ruling released Dec. 22, 2017, Ontario Superior Court Justice Harrison Arrell awarded Richard $12,000 in legal costs. This came 16 days after Justice Arrell ruled in favour of Richard, finding that a chain of emails — which were sent a week after Daniel was dismissed from the firm — are subject to solicitor-client privilege. Verge Insurance Brokers wanted a production order for that email chain, arguing it was relevant to Daniel’s counter-claim against his former employer.

The email chain originated in 2012, when a Verge Insurance Brokers corporate lawyer emailed a lawyer for Richard indicating that Daniel was entitled to buy his book for business for two times gross commission.  A lawyer for Richard then forwarded that email to two of his partners with a question. Justice Arrell reviewed that email chain and then denied Verge’s request for a production order. Arrell was not convinced that the emails were relevant to Daniel’s allegation of bad faith on the part of his uncle and former employer.

In its lawsuit against Daniel and other defendants, Verge Insurance Brokers said it “earns revenues by commissions on the sale of insurance products to clients, with the commissions being based upon a percentage of the premiums paid by the clients to insurance companies,” Justice Ontario Superior Court of Justice Joseph Quinn wrote in 2015. “Verge also is paid monies by insurance companies in accordance with the level of sales by Verge of the products of those companies. Consequently, a loss of clients produces, at least, a double-barreled direct financial loss to Verge.”