A new technology that could reduce crash risk

5G wireless can allow vehicles talk to each other, said Peter Linder, head of 5G marketing for North America at Telefonaktiebolaget LM Ericsson.

“You can start using the network for communication between cars, so for collision prevention and stuff like that,” said Linder, who works out of Dallas for Stockholm-based Ericsson.

There are already vehicles on the road today with front crash prevention systems, the Insurance Institute for Highway Safety reports. Those systems let vehicles see what’s in front of them with either cameras, radar, or light detection and ranging (LIDAR). The computer can apply the brakes if it detects that the vehicle is getting too close to the one in front of it, IIHS noted. 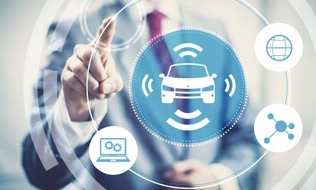 In the future, 5G-based vehicle-to-vehicle communication might let your vehicle find out that the vehicle in front of you is getting too close to the vehicle in front of it, Linder suggested in an interview with Canadian Underwriter. It could also potentially reduce collision risk if a vehicle travelling in the same direction in the next lane is drifting over to your lane. Instead of simply alerting you that the vehicle in the next lane getting too close, it could send a message to that car saying, ‘Hey, get back in your lane,’ suggested Linder.

These are examples of vehicle safety features that could potentially see the light of day with 5G wireless, Linder said.

5G wireless is not available to consumers in Canada right now, though Ericsson announced this past April it is working with Rogers to conduct trials.

In Canada, telecommunications carriers do not yet have the licenses for wireless spectrum (the radio frequencies that carry content to wireless devices like cellphones) that they would need to provide 5G to the general public. The telcos buy licenses, from the federal government, for their cellular spectrum similar to the way broadcasters get licenses to operate radio stations. Published reports indicate that the federal government will not be auctioning 5G wireless licences until at least 2020.

The fourth generation (4G) of wireless cellular technology is used in many vehicles today, Linder said.

General Motors, for example, uses 4G wireless to let its OnStar service operate over a cellular network to call for help if the car gets in an accident.

Cars that have WiFi networks access the Internet over a 4G network so passengers can use the Internet on their smartphones or tablets, Linder said.

“5G has more capacity in the network. It is starting to become feasible to transmit larger chunks of data.”

It’s a couple of orders of magnitude faster than cellular data speeds currently available. Bell Canada, for example, says its customers can “expect average” download speeds of 25 to 220 megabits per second when using 4G LTE technology.