“Augmented reality games usually require your GPS location and a data connection (either WiFi or cellular data), which means giving access to the app developer to track your whereabouts,” Northbridge Insurance stated Monday on its blog site of Pokémon Go. The game is written for wireless computer and smartphone operating systems, including Google Inc.’s Android and Apple Inc.’s iOS.

“By playing augmented reality games such as Pokémon Go, you may be allowing the sharing of metadata-such as details on who you are, where you live, locations you frequent, who you associate with, time spent in each locations, and so on,” warned Toronto-based Northbridge, which is owned by Fairfax Financial Holdings Ltd. “If you play such games on a mobile device that you also use for business, then that risk is heightened by the possible exposure to confidential company information.” 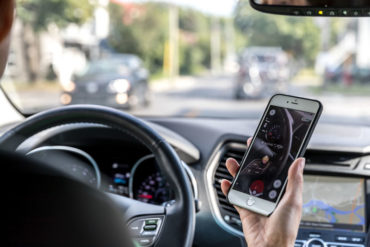 The “rapid growth” of Pokémon Go “has also posed an immediate concern for safety,” Northbridge warned. “Users and developers of augmented reality games such as Pokémon Go face real-world liability risks that they may not all be aware of.”

The developer of Pokémon Go, Niantic Inc., was spun out of Google last year in partnership with Nintendo and The Pokémon Company. The game “combines mobile location technology and augmented reality to create a unique game experience that motivates players to go outside and explore the world around them,” Niantic states on its website.

“Players will explore their surroundings to find and catch wild Pokémon.”

Earlier this month, The Associated Press reported that the City of Hiroshima, Japan had asked Niantic to remove the creatures and sites that appeared in a memorial in Hiroshima for the 1945 bombing near the end of the Second World War.

In Canada, one person was recently charged with unauthorized access Toronto Transit subway tracks, The Canadian Press reported. It is alleged that Mark Correia stepped on to the tracks to make a ‘cautionary’ video about Pokémon Go.

Correia’s YouTube video, called Pokémon Go Problems, shows the comedian walking into various objects, falling over and walking on the subway tracks at Union Station, while looking at his mobile device and playing the game, CP reported. CP quoted a TTC spokesperson as stating that Correia “could have tripped and touched the third rail, which would have electrocuted him.”

“As we start to see more and more of these augmented reality games emerge, the onus will be on players and property owners to assess their personal risks and take the necessary precautions to minimize their liability exposure,” Northbridge said Aug. 22 of Pokémon Go.

The game has also become “one of the growing dangers of distracted driving,” Northbridge warned. “Since the game’s release, there have been photos posted online of Pokémon appearing on the dashboard of vehicles enticing drivers to capture them instead of paying attention to the road. The increase of distracted driving occurrences have caused many law enforcement agencies to release public safety announcements.”