What could stop insurers from being ‘uberized’

Amazon and Google may disrupt the insurance industry some day, but don’t expect either of these firms to start underwriting, suggests the head of one of Canada’s largest property and casualty insurers.

“The Googles and Amazons of this world might well like to get a list of all of our customers and distribute something to them,” Colm Holmes, president and CEO of Aviva Canada, said Thursday at KPMG Canada’s 27th annual insurance conference. “I would be shocked if they decide that they would rather spend their money investing in underwriting. It’s a complex business and it’s changing so quickly.”

During the session – How are insurance organizations preparing for the future? – Holmes appeared on stage with Jan Grude, senior strategic advisor for KPMG in Canada. 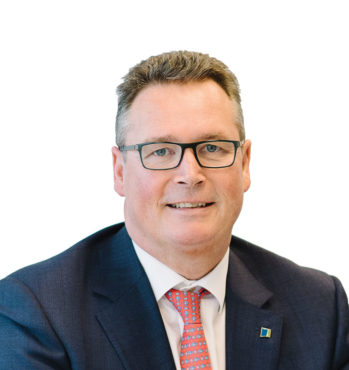 Grude asked Holmes whether he predicts the insurance industry will be “uberized,” alluding to the way ride-sharing providers have disrupted the taxi cab industry.

“You would have to be mad to underwrite risk if you are Uber,” said Holmes. He suggested a technology firm might try to dabble in underwriting but “will very quickly realize that underwriting risk and distributing insurance are two different things.”

Underwriting risk is getting more complex, especially with flood, terrorism, cyber and autonomous vehicles, suggested Holmes, who is originally from Ireland and spent most of his career in the British financial services industry.

Holmes was CEO of Aviva plc’s general insurance business in Britain before taking up his current post earlier this year. In addition to heading Aviva Canada, Holmes is also Aviva’s global head of corporate specialty.

“When I first came to Canada, someone asked what it’s like and I said, ‘It’s interesting, it’s a bit like the Old Testament in terms of weather. I am sort of expecting a plague of locusts to come through any time now.’”

Holmes said Thursday it was in Canada when he saw his first ice storm. “If you live in little old Britain or Ireland, we tend to get a lot of rain, so you worry about flood, but wind is not an issue, we don’t have any snow and we don’t have tornadoes.”

The climate is not the only different Holmes noticed between the British Isles and Canada.

“In the U.K., it’s a very open market. The regulator regulates conduct rather than product, price and distribution. So in Canada, there is very little innovation in the market. The product is very bland, there is no real incentive to innovate around it and the pace at which you can adjust product and price is far too slow.”

The majority (about 88%) of new auto business in Britain is sold through aggregators, Holmes suggested.

Outside of Britain, brokers are “worried about what happened in the U.K. with the dominance of aggregators,” Holmes reported. “A lot of that, I believe, was that brokers wanted to compete with aggregators rather than actually recognize that the true value of brokers is an advisory capacity – giving good, true, honest, believable and trustworthy advice to customers.”

Recently in Britain, brokers are “re-entering the personal lines market because they have realized that consumers want that advice and I think it’s important that we all recognize our respective roles in the industry.”

More News
Related
Insurers must realign business to suit customer needs and expectations for the future, not the past: Majesco
Canadian p&c insurers should prepare for next wave of corporate M&A: Ernst & Young
Incumbent insurers should rethink businesses, embrace opportunity in digital technology: McKinsey & Company
‘Clock is running’ as Economical Insurance prepares for public offering: Saunders