The real reason for spike in cyber claims

The number of reported cyber claims has jumped significantly, but it’s not because of the major breaches you’ve been reading in the headlines.

“SMEs are actually at greater risk, as they are easier targets because of generally weaker cybersecurity,” A.M. Best said in Cyber Insurers Are Profitable Today, but Wary of Tomorrow’s Risks. 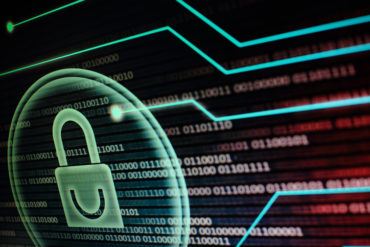 Up to 383 million customer records (including passport numbers, names, addresses and dates of birth), going back to 2014, were exposed in the attack on the Starwood system, the Associated Press reported earlier. Affected hotel brands include St. Regis, Sheraton, Westin, Le Meridien and Four Points, among others.

In its segment report released June 17, A.M. Best alluded in its report to a breach reported in September 2018 that exposed data on tens of millions of Facebook users.

“What gets lost in the publicity of these high-profile cyber exposure events is that there is little, if any, publicity for smaller companies experiencing a cyberattack,” A.M. Best said.

The main driver for this sharp increase in claims was a greater number of small to mid-sized organizations are buying cyber coverage.

GDPR, which took effect in the spring of 2018, gives privacy rights to citizens of all 28 European Union member nations. That includes nearly every European country west of Russia. Notable exceptions include Ukraine, Norway and Switzerland, while Britain is in the process of leaving the EU.

A company does not have to be located in the EU to have cyber exposure arising from GDPR.

Even having an online presence could mean GDPR exposure. An example of an online presence is if a company allows its mobile app to be downloaded to a cellphone in the EU and that cellphone user starts communicating within the EU region, Matthew McCabe, senior vice president for Marsh’s U.S. cyber practice, told Canadian Underwriter earlier.

One impact of GDPR is all EU citizens have the right to be forgotten. This means if a client gathers personally identifiable information on an EU citizen, that that must be deleted when it is no longer necessary for the purposes for which it was collected.

More News
Related
How your client’s directors could be blamed for cyber losses
Who are the ‘right people’ to respond to cyber incidents?
Is your client properly insured for computer crime?
How this cyber breach defendant got a six-figure cost award