Why you need to consider open banking

As open banking makes it easier for other players to access your clients’ financial data, now is the time for insurance professionals start thinking about how they can take advantage of this new model, an actuary advises.

“A number of you have banking arms,” said Houston Cheng, actuary and senior manager at KPMG Canada, at his firm’s recent insurance conference in Toronto. “Think about how you want to interact with that side of the business.”

Open banking is when customers can give financial service providers permission to share their information with other companies. 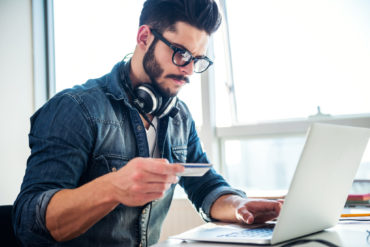 This past June, Canada’s Senate Committee on Banking, Trade and Commerce recommended that the federal government develop an open banking framework in Canada, which would identify (among other things) the scope of data that would be accessible by financial services providers.

“I think the federal election may have paused some of the discussion,” Cheng said during KPMG’s annual insurance conference, held Nov. 28 at the Metro Toronto Convention Centre. “There is expected to be a more formal position on the steps moving forward from the federal government.”

Open banking is somewhat of a misnomer, because it’s not just banks who are affected, suggested Justin Ferrabee, chief operating officer of Payments Canada, in an earlier interview with Canadian Underwriter. For example, open banking could let a client give a fintech permission to look at a dashboard containing information on their home and auto insurance, life insurance, investments, and their brokerage account for their registered retirement savings plans.

Open banking could let financial service vendors get a “holistic view” of their clients, and what distribution channels they usually buy from, Cheng said at the insurance conference the day the report was released.

“Many of the objections your clients have to your particular product you can already address just by knowing what their proclivities are, just understanding some of their behaviours or more importantly understanding their specific needs,” said Cheng.

“Because it is still very much in its infancy, thinking about that model, where you want to sit on that spectrum – there is a key role for a number of organizations here to think about how you want to participate in that discussion.”