You’re insuring the cars. Why not sell or lease them, too?

Here’s a crazy thought: What if customers bought or leased vehicles directly from an insurer instead of going to an auto dealership?

Insurers are exploring such a scenario right now, Sven Roehl, co-founder of Cookhouse Labs in Toronto, told Canadian Underwriter in an interview Monday. Founded in February 2017, Cookhouse Labs is an open innovation lab where member insurers collaboratively test their not-yet-ready-for-market ideas in the lab. 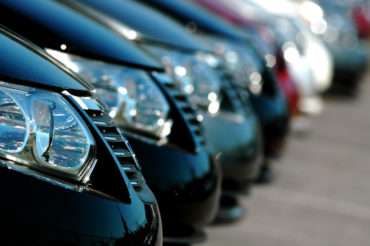 “Technically, [insurers] could even be the one who is offering the car and they can say, ‘Why don’t you buy the car from us? It’s already insured, and it has all the other perks with it; instead of going to a third-party company that is providing you with the finances, we do this,’” Roehl said. “Those are the things that insurance companies are looking into right now.”

Canadian Underwriter asked Roehl what projects Cookhouse Labs is seeing in the P&C insurance space. Roehl said some insurers are thinking about allowing a product to be leased directly from the carrier, instead of a consumer owning something and then insuring it.

“If you think about machines, for instance, if you want to produce something, you have to buy the machine and then you need to get insurance for this,” Roehl explained. “There are insurers out there already working with manufacturers of machines, where the insurers say, ‘How about we buy the machine, lease the machine including the insurance coverage to our customers, and there’s already IoT [Internet of Things] embedded? We understand the IoT data and we can actually then prevent any interruption in the machine; as such, we don’t have to pay any claim or we can reduce [claims costs] very significantly.’

“That’s a radically new business model,” Roehl said. “Now you have these technologies out there and insurance companies are very good at analyzing this kind of data and evaluating the risk. They are actually now able to provide more insights and they can just shift their business around.”

This is just one example of insurer-led projects at the lab. The innovations are vastly different and run the gamut from calculating risk when semi- and fully-autonomous vehicles share the road, to selling insurance products to Millenials, to IoT risk mitigation.

In the past, topics were often quite random in the past, prompting the lab to introduce four “seasons,” each representing a quarter of a year: