Insurance is among the services that must offer an omni-channel experience if it expects to address the expectations of consumers as the complexity of their demands shift, Duncan Stewart, director of technology, media and telecommunications research for Deloitte Canada, suggested Thursday during an industry event in Toronto. 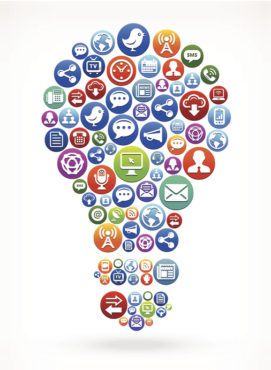 “The more complex and higher value the transaction, the more we continue to live in what I call an omni-channel world,” Stewart said during the Canadian Insurance Accountants Association event, Tech IT Forward, sponsored by Deloitte Canada.

Citing findings from a Deloitte report he will launch in Paris this May, French Millennials were asked about banking by phone. “I’ve done checks in Sweden, Denmark, Israel and Canada, and I find the same results everywhere,” he said.

Explaining that results were broken down by various categories and then placed in terms of ascending complexity and value, “it turns out that really simple, low-value tasks are absolutely dominated by the smartphone,” Stewart said.

“But as tasks become higher value or more complex, young people start moving toward their laptop more and more, up to a point,” he reported. “After that point, they start shifting away from not only the smartphone, but also the laptop, towards actually picking up a phone and calling a help line or actually going into a branch,” he said.

“I believe this is virtually an iron law of consumer behaviour for banking, for retailing, for government services and, yes, for insurance,” Stewart told attendees, emphasizing the importance of providing consumers omni-channel service.

“It isn’t about mobile only; it isn’t about digital only. There’s almost always going to be a mix across these different channels. Therefore, the thing you want to focus on is not picking the one winner – there isn’t one,” he said.

It is key that consumers can move from device to device – which will likely happen as complexity of task increases – and for the information they have entered or provided to follow them so that steps need not be repeated, Stewart said.

“The way that we use technology outside the insurance industry has really just taken off,” suggested Andrew Lo, president and chief operating officer of Kanetix Ltd.

As a result, “when consumers want to buy, purchase and use insurance products, that has also changed immensely,” Lo noted.

As global population grows, “eventually what we’re going to have is an equal number of humans between 0 and age 65,” he said. The population will go from the traditional pyramid – more younger than older people – to more of a skyscraper by 2100, he said.

“I’m not sure why not every insurance company has buy-online capability today,” he said. “But a lot of people want to buy online and to have to do a call or some other step is friction to them,” he added.

Incumbents are facing a tremendous amount of competitive pressure at the same time disruptors are attacking points in the insurance value chain untapped by incumbents and where profit can be made, suggested Mukul Ahuja, leader of insurance strategy and innovation at Deloitte Canada.

“We’ve seen all these new and innovative ideas come to light in the form of start-ups, partnerships, innovators trying to tackle specific points in a customer’s journey or in the value chain where there’s a lot of customer friction, but also when there’s a massive profit pool to be gained,” Ahuja told attendees.

Industry-specific competitive dynamics that play in the middle – along with consumer expectations and evolutions – are creating questions for incumbents, he suggested.

“What does digital and digital direct mean for my business as my competition gets in that space? What is my broker value proposition in a fast-consolidating and evolving distribution landscape? How are findings in the personal insurance space applying to commercial insurance?” Ahuja asked.

Both innovations within insurance and disruptive forces outside the industry are “really reshaping the consumption models of insurance, if you will, and the risk associated with that as property is being insured,” he suggested.

However, things like blockchain, machine learning, Internet of Things and big data “are really equipping companies, enabling them to think about new and innovative ways to serve customers,” Ahuja said.

“So the idea is that there is a real ecosystem around disruption and change in the industry that is multi-faceted, multi-layered,” he explained to attendees, and which includes industry dynamics, the consumer lens and the innovation happening around that in a bid to drive profit pool maximization.