Protectionist trade sentiments south of the border top the list of challenges facing the Canadian economy, a concern identified by almost a quarter of the 516 business leaders taking part in a new survey released Tuesday by Chartered Professional Accountants of Canada. 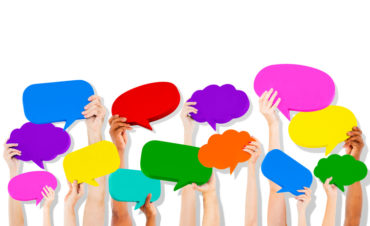 Protectionist trade sentiments in the U.S. was identified as the number one challenge facing the Canadian economy, CPA Canada reports in a statement. The challenge was noted by 23% of those taking part in the latest CPA Canada Business Monitor (Q2 2017) while oil prices were cited by 19% of respondents.

Issued quarterly, the monitor is based on a survey commissioned by CPA Canada and conducted by Harris Poll. Respondents were business leaders such as CEOs, chief financial officers and chief operating officers and the report draws on the insights of professional accountants in leadership positions in private and public companies. 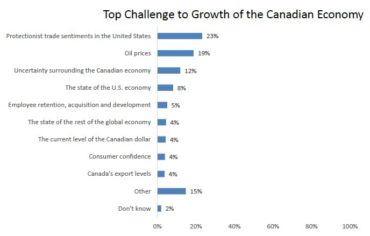 Optimism about the Canadian economy showed a marked increase among professional accountants, CPA Canada reports in the statement.

Rounding out figures for the second quarter of 2017, 38% of surveyed Canadian business leaders are neutral about what lies ahead for the country’s economy and 12% have a pessimistic outlook.

“Canadian business leaders are wary, but are not being paralyzed by possible risks,” comments Joy Thomas, president and CEO pf CPA Canada.

“The significant increase in optimism is a reflection of Canada’s economic resilience, especially with continued uncertainty in the United States,” Thomas continues.

Related: Getting a Grip on Risk 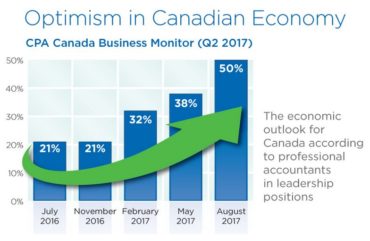 The majority of respondents also report being optimistic about the prospects of their own businesses over the next 12 months. While 61% of those taking part in the 2017 Q2 survey characterized themselves as optimistic, 26% reported they were neutral and 13% noted they were pessimistic.

The openness of some to invest in technology seems promising. The lion’s share of polled business leaders – 84% – agree “changes in technology will likely have a major impact on their company over the next five years,” CPA Canada reports.

Adding to the openness to invest in technology and agreement regarding its chaning effect is the welcoming finding that 77% of respondents say they agree (either strongly or somewhat) that their own company is well-prepared for technology changes.

“It’s encouraging to see Canadian businesses reinvesting in technology and their employees and feeling confident in their ability to face coming challenges,” Thomas points out.