Wider mandate for Ontario’s auto insurance regulator would be welcomed

A wide mandate for the body regulating Ontario’s auto insurance sector – one that promotes competition, innovation and responsiveness – would be welcomed, Karin Ots, senior vice president of regulatory and government relations for Aviva Canada, suggested Thursday during a panel discussion in downtown Toronto. 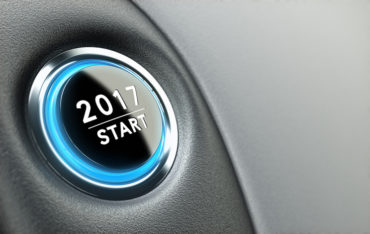 Ots’s recommendation is to take a page from the books of other jurisdictions where regulatory mandates are fuller and not quite so focused on rate regulation and compliance, she said during the FSCO to FSRA: Panel Discussion, a concurrent seminar and webinar hosted by the Insurance Institute of Canada.

Other discussion panel members were George Cooke, chair of the Board of Directors of OMERS Administration Corporation; Leah Myers, assistant deputy minister of income security and pension policy division for Ontario’s Ministry of Finance; and Barb Taylor, director of policy, Ontario for Insurance Bureau of Canada.

George Cooke, James Daw and Lawrence Ritchie made recommendations related to, among other things, mandate, governance and regulatory approach.

Pointing to FSCO, Ots told seminar attendees the current outstanding issues are not about the people; it is about the mandate.

Being charged with providing regulatory services that protect the public interest and enhance public confidence in the regulated sectors is “a fairly narrow mandate,” she maintained.

“It’s a narrow mandate and it’s interpreted fairly narrowly by the folks at FSCO. It results in a fairly narrow, almost paternalistic style of regulation,” Ots said.

The idea is to be proactive – not reactive – by “looking down the road” instead of focusing “on what’s already happened,” she noted.

Regulators in other jurisdictions – including, for example, in the United Kingdom and New York State – have more forward-looking and thinking mandates, Ots suggested.

While the mandate for U.K.’s Financial Conduct Authority revolves around protecting customers, protecting the financial markets and promoting competition, the one in New York State starts with “regulation to keep up with the rapid and dynamic evolution of these industries,” she told attendees.

“So they recognize the need for change,” Ots continued. These “different, broader, more holistic mandates that include a focus on competition will lead to a different outcome in terms of regulation,” she contended.

“In other jurisdictions, we certainly see much more co-ordinated discussion on emerging risks, trends and things that are likely to happen as opposed to things that have already happened,” Ots pointed out.

In the U.K., for example, there is a focus on market intelligence capacity, meaning quite targeted data – usually relating to emerging risks or problems – is collected and “then they do something with the data,” she noted.

“For those companies that have dealt with FSCO either on ridesharing or on UBI (usage-based insurance),” Ots said, the process proved “very long.”

“I think for most of us that doing business with FSCO, the focus is still largely on rate regulation and compliance,” Ots said.

Rate regulation “continues to occupy a tremendous amount of FSCO’s resources, time, as well as ours. And I can tell you in other parts of the world, it’s very different,” she pointed out.

Ideally, the regulator would “have effective tools so they can address issues and make changes in the marketplace much more quickly and efficiently than FSCO has been allowed to do.”

It would also be beneficial if the auto insurance regulator had rule-making authority.

“If FSCO recognizes a problem and they want to make a change,” Ots reported, it generally needs approval first, or, perhaps, changes to regulations or legislation.

“So they can’t do much at times other than make recommendations to their boss,” namely Ontario’s finance minister, she argued.

Add to those challenges that with staff generally being part of the public services, “there’s not an opportunity, or a great opportunity, to have industry folks come in and bring industry expertise the way that you may see in other regulators,” Ots said.

Many jurisdictions do not regulate rate, but, rather “allow open market competition,” she said. When considering “results over the past 20 years for the industry, I think that as an industry, we have to ask, ‘Can auto insurance be done better?’ And I think most of us think that it could be done better,” she said.

There is a need for “more focus on competition and innovation and a regulator controlling the marketplace as a whole, dealing with all elements of the auto insurance marketplace, as opposed to just dealing with insurers,” she added.

“The current auto product is quite broken,” Ots said. Acknowledging that “it’s a tough product to fix,” she said, nonetheless, Ontario can “learn from other jurisdictions.”