The launch of the new broker technology Vyne will eliminate some of the “inefficient steps” that brokers have to take between quoting and binding, potentially reducing the quote and bind process from days or weeks to just minutes, the company says.

Prior to the launch of its real-time technology, the process from quote to bind and issue “could take days, up to a couple of weeks,” which is inconsistent with the needs of today’s consumer, Tom Reikman, chief distribution officer with Economical, told Canadian Underwriter Thursday. “We’ve now gone into the system and said the brokers can now transact right from quote to bind to issue in a matter of minutes.” 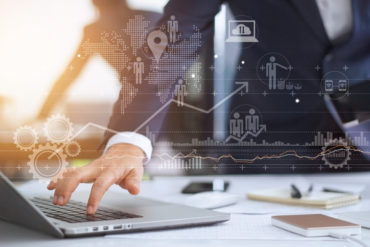 Economical launched Vyne for personal lines and individually rated commercial auto in New Brunswick and Prince Edward Island earlier this week. It will launch in Nova Scotia, Quebec, Ontario and Alberta in the coming months, once regulatory approval has been received.

In developing the technology, the insurer decided that rather than taking existing rating structures and product lines and “kind of put the old [technology] over top of the new” as is traditionally done in the industry, it would “change everything” by building the system from consumer and broker perspectives. For example, Economical heard from brokers that certain underwriting processes were time-consuming, cumbersome and had a lot of errors associated with them.

“In the past, industry-wide I would say, we’ve made the brokers have to do some very cumbersome workflows and lengthy processes that were insignificant relative to consumer expectations today,” Reikman said.

For example, a broker had to get a quote from a quoting vendor, choose the insurer, fill out and send in an application, and have an underwriter review it (which could take several days and may involve some back and forth), a process that could introduce some data errors. With the new technology, brokers can work out of their broker management system, upload a quote to the system, download it instantaneously and provide eDocs or policy documents to a customer right at the point of sale.

Reikman gives another example of an inefficiency eliminated by Vyne. “In the past, a lot of times in the industry you set a little flag that if this variable hits ‘X,’ you have to flag it and send it to an underwriter, who would look at it and say, ‘That looks OK,’ then they’d release it,” Reikman said. “Why did I have to have an underwriter review that? Can I just not build that rating functionality into the system?”

On almost all transactions, brokers can now initiate a change to a policy, rather than issue to a policy change request, which would sit in a queue for a few days. “It really allows the broker to respond to that customer in that instantaneous or ‘once-and-done’ approach,” Reikman said. “‘Here’s your new monthly withdrawal, and you may want to move that from the 6th of the month to the 18th of the month.’ Most of the time, you can’t do that.”

As far as the technology goes, Economical partnered with Applied Rating Services, CSSI’s IntelliQuote and PowerSoft’s PowerQuote to ensure that quotes are immediately bindable for clients. Vyne incorporates Guidewire’s BillingCenter for things like monthly withdraw and method of payment. Previously, brokers could only initiate part of the billing process, and would then have to go into a customer account and set it up.

Economical also “completely overhauled” policy wordings to make policies easier to read and understand for consumers, Reikman said. They changed the “look and feel” of the documentation to allow customers to see their billing information and coverage summaries.

1 Comment » for From days to minutes: New tech overhauls quote and bind process