The government of British Columbia’s recent announcement that it will be removing lawyers and legal costs from the system to reduce insurance premiums by about 20% and increase care benefits has been met with approval from the provincial brokers association.

However, there is a downside to the plan to reduce premiums so drastically by May 1, 2021, if legislation passes as planned this spring.

“Let’s face it: if premiums are going to drop that dramatically, broker incomes are going to drop as well and that’s something we will be keenly interested in,” Insurance Brokers Association of B.C. (IBABC) executive director and chief operating officer Chuck Byrne told Canadian Underwriter in an interview Friday. “We have a significant amount of time to get up to speed and think through that, and that’s certainly going to be the focus of our meeting with our members in the next few weeks.” 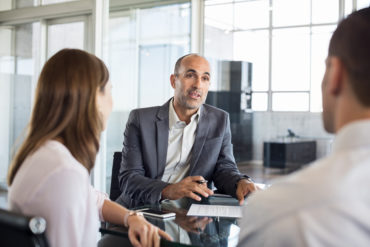 Byrne was asked by Canadian Underwriter about how the provincial government’s briefing is progressing and if there were any sticking points.

IBABC said in an announcement Thursday (when the provincial government revealed its new Enhanced Care model) that the association and senior management are being briefed on the details of the announcement and Insurance Corporation of British Columbia’s (ICBC) plans with the change. “I think brokers are genuinely interested in knowing how this will affect their workflow and what training and support is required,” Byrne said.

Under the government’s plan, legislation will be introduced in the spring 2020 session, with regulations to follow in fall 2020. If passed, the reforms would take effect May 1, 2021. Among the changes:

Perhaps one of the most interesting aspects of the announcement is “removing lawyers and legal costs” from the system. Can this be done?

“Actually, you do legislatively remove the ability to involve a lawyer and that’s precisely what this does,” Byrne said. “Clearly it eliminates an estimated amount of $1.5 billion in today’s costs for legal and court [costs].”

The Trial Lawyers Association of BC said in a release Thursday that this move is a “deliberate taking way of the right of British Columbians to receive fair access to courts and fair settlement for those injured on our roads.”

“There will be a challenge, but based on the work they have done to develop this in context of what exists in Saskatchewan, Manitoba, Quebec, I’m pretty sure they’ll have the legislation correctly written so that it may be challenged all they want, but probably not overturned,” Byrne said. “You can rest assured that areas of Canada with experience have been greatly consulted.”

IBABC said in its announcement that Enhanced Care coverage will have “tremendous benefits for consumers as it puts the focus on helping crash victims get back to health with having to go through the court system and on helping bring premiums to an affordable level for British Columbians.

“This was a bold move for sure,” Byrne said, calling it one of the biggest Canadian insurance announcements in decades.