Why Wawanesa doubled down on the broker channel

Wawanesa Mutual Insurance Company’s recent decision to sell exclusively through independent brokers in Quebec was prompted in part by Bill 141, which requires brokerages to have at least three distribution agreements in place for personal lines with insurers that are “not in the same financial group.”

Carol Jardine, president of Wawanesa’s Canadian P&C operations, told Canadian Underwriter Tuesday that the regulation supports the insurer’s decision to sell residential and auto insurance through 11 independently owned and operated Quebec brokerages. “So, providing these brokers with another market supports the Quebec government’s wish for consumers to have choice,” she said. 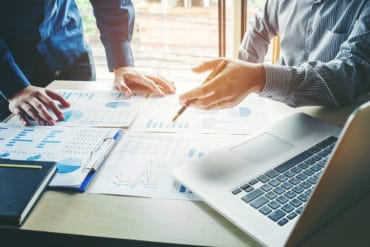 Stéphan Bernatchez is president of Fort Insurance & Group Benefits in Westmount, Que., one of three insurance professionals representing Wawanesa’s broker partners in Quebec. He said in a separate interview Tuesday that “the direct writers have saturated [the market] up to a certain point,” adding that recent estimates show Desjardins has about 26% of the market and Intact has about 25%.

Jardine acknowledged Desjardins is a well-known brand in Quebec. “For us to try to build a direct distribution in Quebec would be a challenge because they’ve got scale and we’ve not yet been able to replicate a direct channel scale in Quebec,” she said. That being said, she pointed out that Wawanesa has been able to hold a leading market share in other provinces through the broker channel.

The industry may look to Quebec and say it has more direct distribution compared to other parts of the country, but Jardine said the trend to and from direct markets is dynamic. “At some point, consumers return to an advice-based channel for help when purchasing complex financial protection products,” she said. “So, we think brokers have a good market share today and will continue to have a good market share in the future, and a market share that will allow us lots of room to grow with them.”

While other carriers may be taking a multi-channel approach or going direct, Wawanesa is doubling down on the broker channel: the company will discontinue direct sales of residential and auto insurance as of Oct. 1, when it will be selling solely through brokers in all of its P&C markets coast-to-coast. It will also introduce their commercial products to the Quebec market through their broker partners.

“I think it’s great that brokers are going to have an additional market in Quebec,” Bernatchez said. “Sometimes not going the same direction as the others is not a bad idea.”

He believes Wawanesa’s move sends a strong message not only in Quebec, but throughout the country. “They believe brokers can do a better job than any other distribution channel.”

Wawanesa is also a fully bilingual company. “Being the top personal lines underwriter in New Brunswick, we’re already fully bilingual and we have a strong office in Moncton,” Jardine said. “The opportunity for us to leverage our market share in New Brunswick with a francophone market in Quebec, and offer our personal lines products as well as our commercial front-line products in Quebec, was a simple decision.”