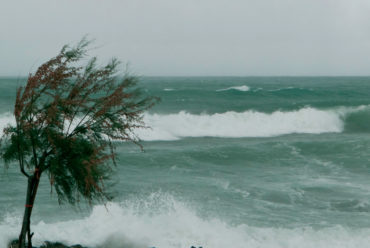 The low-pressure system Thomas – also known as Doris in the United Kingdom – affected the British Isles, the Netherlands, Belgium and Germany from Feb. 23-24, 2017, PERILS reports. The majority of the losses were in the U.K. and Germany.

After developing rapidly in the eastern North Atlantic during the evening of Feb. 22, the firm points out, the winds subsequently “reached a maximum gust value of 152 km/h over the British Isles in Capel Cruig (Wales), while over Germany maximum gusts of around 150 km/h were recorded in the Harz and Erz Mountains.” 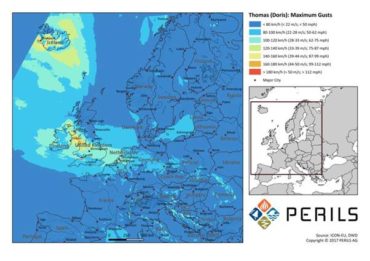 Egon developed as a secondary low from a large depression named Dieter and travelled rapidly in an easterly direction over northern France and Germany on Jan. 12 and 13, PERILS reported at the time.

High winds, which occurred to the south of the system, predominately affected northern and central France, as well as central and southern Germany. The cold front associated with Egon also resulted in heavy rain and snowfall, the firm noted.

“While the market loss from Thomas is again not market-changing, it nevertheless adds new information which supports the better quantification of European extra-tropical cyclone risk to the benefit of all industry stakeholders,” Hitz continues.

In line with the PERILS reporting schedule, an updated estimate of the Thomas market loss will be made available on May 23.