Commercial premiums down 13% for AIG 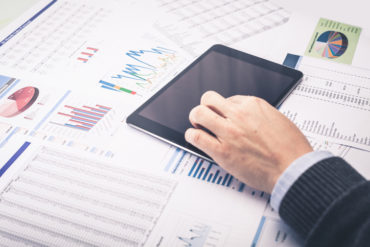 New York City-based AIG confirmed Thursday an earlier-released estimate, of $3 billion, of pre-tax catastrophe losses for the latest quarter. All figures are in United States dollars.

The cat losses of $3 billion were “primarily from Hurricanes Harvey, Irma and Maria” and “in line with our previously disclosed preliminary loss estimates,” AIG said.

Hurricanes Harvey, Irma and Maria made landfall Aug. 25 in Texas, Sept. 10 in Florida and Sept. 20 in Puerto Rico respectively.

Net premiums written in Q3 2017 were $2.175 billion in liability and financial lines and $1.595 billion in property and special risks.

Net premiums written in commercial insurance dropped 13%, from $4.35 billion in Q3 2016 to $3.77 billion in the latest quarter, on “both a reported and constant dollar basis,” AIG reported.

At the end of 2016, AIG closed its sale of United Guaranty Corp. to Arch Capital Group Ltd. Three months earlier, AIG announced it agreed to sell its interests in Ascot Underwriting Holdings Ltd. and Ascot Corporate Name Ltd. to the Canada Pension Plan Investment Board.

Another Canadian buyer of AIG operations is Toronto-based Fairfax Financial Holdings Ltd., the corporate parent of Northbridge and OdysseyRe, which is acquiring AIG operations in Argentina, Chile, Colombia, Uruguay, Venezuela and Turkey.

In commercial insurance AIG reported “$837 million of unfavourable prior year loss reserve development of which $697 million related to accident year 2016.”

In January, 2017, AIG announced an adverse development reinsurance agreement with Berkshire Hathaway Inc.’s National Indemnity Company (NICO), in which NICO is assuming 80% of the net losses and net allocated loss adjustment expenses on the certain AIG reserves in excess of the first $25 billion.

During the third quarter of 2017, there “was no overall development on the reserves subject to our reinsurance agreement with NICO,” AIG said Nov. 2, 2017.

“We are laser focused on commercial underwriting and taking actions to enhance underwriting tools and, more importantly, our talent base,” AIG CEO Brian Duperreault added Nov. 2.

New recent appointments include Peter Zaffino, now chief executive officer, general insurance for AIG. Zaffino is a former president and CEO of Guy Carpenter and a former CEO of Marsh.

Effective May 14, Duperreault replaced Peter Hancock, who had replaced Robert Benmosche in December, 2014. Benmosche, who joined AIG in 2009 (at a time when the federal government owned a majority interest), died in 2015. The Federal Reserve Bank of New York had bailed out AIG – then the country’s largest issuer of fixed annuities – after AIG encountered losses on mortgage-related investments.

Dupperreault is a former CEO of both ACE Limited and Marsh & McLennan Companies Inc.