Group net income for Hannover Re contracted to 264.8 million euros in the first quarter of 2017, but was in line with the prior-year quarter’s exceptionally good results, positioning the reinsurer well for achieving its financial targets this year. 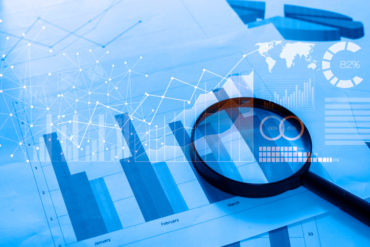 Group net income – comprised of both p&c and life and health reinsurance business groups – amounted to 264.8 million euros in 2017 Q1, 2.4% less than the 271.2 million euros in 2016 Q1, notes a statement Wednesday from Hannover Re, the world’s third largest reinsurer, with operations around the globe, including in Canada. 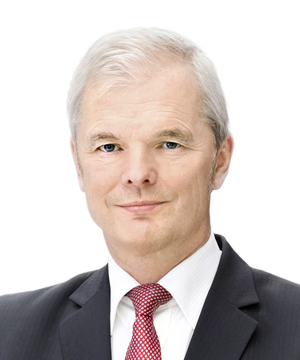 “With our pleasing quarterly result, we have put in place a good basis for achieving our targets (net income of 1 billion euros for 2017),” Hannover Re CEO Ulrich Wallin (pictured right) says.

On the premium front, the group’s gross written premium (GWP) amounted to 4.5 billion euros for the quarter ending Mar. 31, 2017, up 6.6% from the prior-year quarter. “Growth would have come in at 5.9% adjusted for exchange rate effects,” the reinsurer reports.

Hannover Re points out that international p&c reinsurance markets “remain intensely competitive, although the price decline were more muted than in the previous year.”

Hannover Re points out the results were advanced by structured reinsurance demand for reinsurance solutions that provided solvency relief and by cyber covers that “offered growth opportunities driven by rising demand.”

Also less positive was the net burden of major losses in the first quarter of 2017, which were “heavier than in the previous year’s period at 133.7 million euros” compared to 55.5 million euros.

At 50 million euros, the single largest loss was Cyclone Debbie, “which caused significant storm damage and flooding in Australia at the end of March.”

For 2016, the reinsurer’s largest single loss was the Fort McMurray wildfire, with a “net strain” of 127.9 million euros.

Related: Largest single loss for Hannover Re in 2016 was the Fort McMurray wildfire, with net cost of 127.9 million euros

Hannover Re also cited Wednesday the impact, for the insurance industry as a whole, of the United Kingdom government’s decision to reduce the discount rate for personal injury compensation payments (known as the Ogden rate) from 2.5% to -0.75%, effective Mar. 2017.

“This means, for example, that severe personal injuries from a motor vehicle accident can result in higher payments under liability covers,” the reinsurer explains.

“It is to be anticipated that the change in the Ogden rate will require further additional reserves to be set aside in the course of the year. Nevertheless, these should also be absorbed by the IBNR (incurred but not reported) reserves that have been constituted,” the company statement adds.

“Although international (re)insurance markets and the protracted low interest rate level present challenges, Hannover Re expects to be able to continue operating profitably on a sustained basis even in this environment,” it notes.

Based on constant exchange rates, the company anticipates growth in gross premium in the low single-digit percentage range and net income after tax of more than 1 billion euros for the full financial year.

“This is conditional on major loss expenditure not significantly exceeding the budget levels of 825 million euros and assumes that there are no unforeseen distortions on capital markets,” it reports.

For p&c reinsurance specifically, the company expects to generate an underwriting result roughly on par with 2016. In addition, it is aiming for a combined ratio of less than 96% and an EBIT margin amounting to at least 10%.

With regard to treaty renewals at Apr. 1, “given the predominantly soft state of the market, Hannover Re largely concentrated on its existing business in order to safeguard the continued good quality of the property and casualty reinsurance portfolio.

Other financial results for 2017 Q1 include the following: