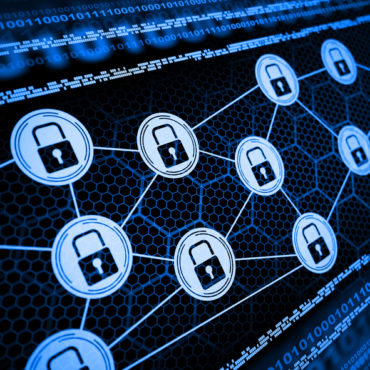 “We believe that the year 2017 will bring the intensification of longstanding trends that cyber security professionals today are vigilantly monitoring, while several new or enhanced challenges will present themselves in force,” the report points out.

Including six predictions for 2017 to help security professionals and business leaders prepare for the most significant cyber threats, the report released Thursday further offers recommendations on how to increase resilience in the face of these threats.

The anticipated intensification of cyber risks in 2017 will likely necessitate a shift in the approach used by business to manage those threats, it suggests.

Along with threat intensification will be “new challenges and a blurring of lines between the actions and responsibilities of the state, markets, businesses and civil society,” Ed Stroz, co-president and co-founder of the specialized risk management firm, cautions in a company statement.

“In terms of risk, this looks like nation states adopting the ‘whistleblowing’ tactics of hacktivists, and criminals with relatively small resources being able to commit huge-scale, nation state-style attacks on banking systems or even critical infrastructure,” the cyber report explains.

Advises Stroz: “The flood of fake news and nation state-backed attacks in this past year’s election are just a sign of things to come, as attackers find new ways to seek faster and wider access to data and exploit sensitive information.”

The report’s six predictions for 2017 are as follows:

Stroz Friedberg contends that an understanding of existing and emerging cyber risks is more relevant than ever before given cyber security’s influence on international security, politics, economic stability and transactional crime.

While the 2016 prediction that cyber insurance prices would increase has yet to be statistically proven, the report points out, “2016 witnessed a significant uptick in demand for cyber insurance, particularly in the wake of high-profile cases.”

Citing Aon Benfield’s Reinsurance Market Outlook, released this past September, the report adds that “with approximately US$1.7 billion in premium, annual growth for cyber insurance coverage and product is running at 30% to 50%.”

With regard to regulation, strong movements in cyber security policy and regulation is anticipated, with the regulatory push in some countries focusing on increasing national security while in others, governments using it to increase protectionism.

“As governments firm up their online regulatory regimes, we might see some positive effects, such as increased security innovation and public awareness,” the report notes.

“Mostly, however, we think that businesses will be burdened by the need to interpret what a fragmented global regulatory landscape means for their operations,” it adds.

The report includes the following recommendations: