Too many unknowns to recommend fracking in western Newfoundland: review panel

ST. JOHN’S, N.L. – There are too many unknown risks and data gaps to green-light fracking, says a government-appointed panel that studied hydraulic fracturing in western Newfoundland.

In a report released Tuesday, it recommends that the province continue its freeze on fracking applications until risks and benefits are better understood. 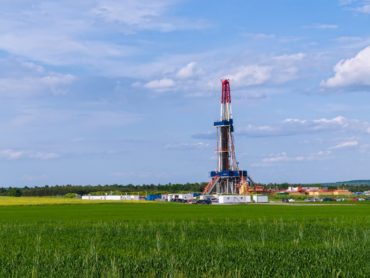 “The science, the studies that have been done, have been somewhat limited – certainly limited compared to what we’d expect to have done in order to plan this kind of operation,” Ray Gosine, an engineering professor at Memorial University of Newfoundland who led the five-member panel, said in an interview.

“There are a number of gaps and deficiencies that are significant. These must be addressed before we feel that conditions could reasonably exist that would allow hydraulic fracturing operations to proceed responsibly.”

The province has not approved the contentious method of extracting oil and gas by pumping water, nitrogen, sand and chemical additives at high pressure to fracture shale rock formations. It’s a process supporters say has been safely used for decades.

Newfoundland and Labrador blocked any related applications in 2013, pending a review, after a proposal to frack for oil near Gros Morne National Park touched off intense public debate.

“There are concerns that industrial activity around Gros Morne National Park could threaten its designation as a UNESCO world heritage site or could negatively impact the enclave communities around the park that have developed a tourism industry based largely on Gros Morne,” says the panel’s report.

“An appropriate buffer zone around Gros Morne National Park must be established.”

Steps before fracking is allowed should also include assessing potential health effects, greenhouse gas emissions and a modern seismic study of the Green Point Shale south of Gros Morne, says the report.

Canada on Friday was once again urged in a draft decision by the UNESCO World Heritage Committee to act on its 2014 call for a buffer zone around the park’s famous cliffs, fjords and hiking trails.

The hydraulic fracturing panel offers a graded series of several other recommendations when and if the province lifts its current “pause” on fracking. They include studying how wastewater would be handled, and the extent of existing rural fire and emergency services.

“Risks must be identified, assessed and effectively managed,” it says. “The public must have confidence that an industry will be managed and regulated in a manner that protects the health of people and the environment, and that advances the interests of the communities most affected by development.”

The Canada-Newfoundland and Labrador Offshore Petroleum Board says there is no activity off the province’s west coast at this time. There are five exploration licences in western Newfoundland, but none adjacent to Gros Morne.

The panel offered a hypothetical “illustrative scenario” of hydraulic fracturing for the Green Point Shale, including 480 production wells to be drilled over six years from about 35 onshore well pads near the coast around Port au Port Bay. It concluded truck traffic would soar and that such a project to produce oil for export would not be fiscally attractive for the province below a price of about US$85 a barrel.

Brent crude prices have crashed since 2014, recently trading at just under US$50 a barrel.

New Brunswick announced last week it has no plans to lift its moratorium on hydraulic fracturing. A related commission report last February recommended several conditions to allow a shale gas industry to grow in the province.

They included a single independent regulator, a new strategy for environment and energy and a new relationship with Indigenous people.